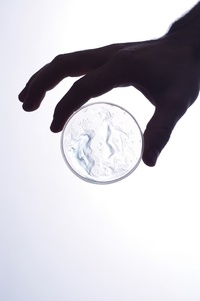 INDIANAPOLIS and NEW YORK – Eli Lilly and Company and the Juvenile Diabetes Research Foundation (JDRF) today announced that they have signed an agreement to fund early-stage research that could enable patients with type 1 diabetes to regenerate insulin-producing cells destroyed by the disease.

“The goal of this research agreement is to understand how selected cells can be reprogrammed in order to convert them into insulin-producing cells in the body,” said Philip Larsen, M.D., Ph.D., chief scientific officer for diabetes drug discovery at Lilly. “This research is an example of regenerative medicine, a new frontier in science that replaces or regenerates new cells, tissues or organs, and while this particular research is early stage, it may ultimately lead to new approaches to treating type 1 diabetes.”

Type 1 diabetes is an autoimmune disease in which the body’s immune system attacks and destroys the beta cells, stopping a person’s pancreas from producing insulin. Insulin is a hormone that enables people to get energy from food. According to JDRF, in the U.S. alone, as many as three million people have type 1 diabetes.[i]

One research approach to finding novel treatments for type 1 diabetes may be to restore insulin production by regenerating insulin-producing cells within a person’s body. This involves triggering the body to grow its own new beta cells, either by growing existing ones – some are usually still active, even in people who have had diabetes for decades – or by creating new ones by reprogramming, which involves converting one type of cell in the body into a different type.  If a therapeutic is developed that will allow for the regeneration of beta cells, it could potentially eliminate the need for insulin.

The JDRF-Lilly agreement will support a three-year, $1.4 million pre-clinical research effort to be led by Dr. Pedro Herrera of the University of Geneva. Previous research by Dr. Herrera showed that alpha cells in the pancreas can spontaneously, and without genetic manipulation, convert into beta cells. This suggests that alpha cell reprogramming could be a viable strategy for regenerating beta cells in people with type 1 diabetes.

Building on this research, Dr. Herrera will collaborate with Lilly researchers to better understand these findings with the goal of translating them into potential drug targets and eventually, perhaps, even new therapies.

“As part of JDRF’s focus on regeneration research, we see this collaboration as a critical opportunity to nurture new strategies to restore insulin production in people with type 1 diabetes. Previous efforts to reprogram non-beta cells into insulin-producing cells without genetic manipulation have not easily translated into therapies for type 1 diabetes,” said Patricia Kilian, Ph.D., JDRF’s Director of Regeneration Program.

“Collaborative research efforts like this can help address critical gaps to accelerate potentially promising research to patients,” added Karin Hehenberger, M.D., Ph.D., senior vice president of Strategic Alliances for JDRF. “We seek partners who can help us deliver on our commitment to people living with diabetes, and Lilly has a long and productive history in the diabetes therapeutic space.”

The agreement between JDRF and Lilly comes on the heels of a separate announcement in which Lilly and Boehinger Ingelheim said they will jointly develop and commercialize a portfolio of diabetes compounds currently in mid- and late-stage development.

JDRF is the worldwide leader for research to cure type 1 diabetes. It sets the global agenda for diabetes research, and is the largest charitable funder and advocate of diabetes science world-wide.

The mission of JDRF is to find a cure for diabetes and its complications through the support of research. Type 1 diabetes is an autoimmune disease that strikes children and adults suddenly, and can be fatal. Until a cure is found, people with type 1 diabetes have to test their blood sugar and give themselves insulin injections multiple times or use a pump – each day, every day of their lives. And even with that intensive care, insulin is not a cure for diabetes, nor does it pre-vent its potential complications, which may include kidney failure, blindness, heart disease, stroke, and amputation.

Since its founding in 1970 by parents of children with type 1 diabetes, JDRF has awarded more than $1.5 billion to diabetes research, including $107 million last year. More than 80 percent of JDRF’s expenditures directly support research and research-related education. For more informa-tion, please visit www.jdrf.org.

About Eli Lilly and Company

Lilly, a leading innovation-driven corporation, is developing a growing portfolio of pharmaceutical products by applying the latest research from its own worldwide laboratories and from collaborations with eminent scientific organizations. Headquartered in Indianapolis, Ind., Lilly provides answers – through medicines and information – for some of the world’s most urgent medical needs. Additional information about Lilly is available at www.lilly.com.

For more than 85 years, Lilly has been a worldwide leader in pioneering industry-leading solutions to support people living with and treating diabetes. Lilly introduced the world’s first commercial insulin in 1923, and remains at the forefront of medical and delivery device innovation to manage diabetes. Lilly is also committed to providing solutions beyond therapy  practical tools, education, and support programs to help overcome barriers to success along the diabetes journey. At Lilly, the journeys of each person living with or treating diabetes inspire ours. For more information, visit www.lillydiabetes.com. 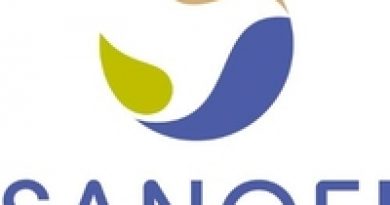 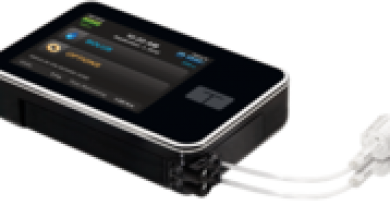