While erectile dysfunction gets much of the attention, sexual problems as a side effect of type 2 diabetes are not limited to men.

Any woman who has struggled with her weight knows that a few extra pounds can kill those loving feelings, and for women with type 2 diabetes, that extra weight can have much more severe consequences. Not only can being obese put an end to feeling sexy for type 2s, it can also lead to sexual dysfunction, even in those who are sexually active.

According to the Mayo Clinic, symptoms of sexual dysfunction in women include lack of desire, difficulty becoming aroused or reaching orgasm, or pain during sexual activity. For type 2s, it can be triggered by insulin resistance and being overweight, both of which can have an impact sex hormones.

But a new study shows that an intensive lifestyle intervention that leads to weight loss can help them get their sexy back and send dysfunction into remission.

The study included 375 overweight and obese women with type 2 diabetes, with 229 of them being sexually active. Of those who were sexually active, about half reported sexual dysfunction.

Researchers led by Rena R. Wing, PhD, from Brown University in Providence, R.I., used a control group that received diabetes support and education, and compared their results to a study group that was offered intensive lifestyle intervention, including weight loss. The women in the study group were more likely to see their sexual dysfunction go into remission than those in the control group.

According to Wing, sexual dysfunction is a prevalent problem for obese women diagnosed with type 2. Those participating in the study were assessed using the Female Sexual Function Index, a test designed specifically for use in clinical trials.

“Participation in ILI appeared to have beneficial effects on sexual functioning among obese women with diabetes, particularly in those who had female sexual dysfunction at baseline,” Wing and her colleagues concluded. 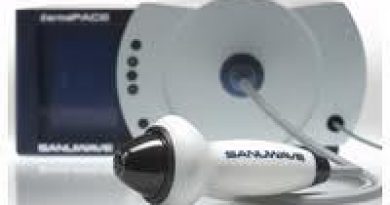