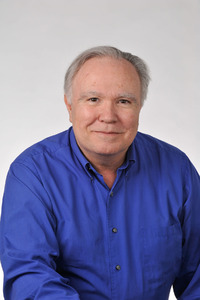 This is not a religious essay, so please don’t take the example below wrong.

In Genesis, after God creates Adam, he tells him to go about naming the things that God has created-the animals, plants, and landscapes of the newly made world. Adam runs off, pleased to do God’s bidding, naming stuff right and left.Whether you believe in the creation story told by Genesis or not, it offers a profound insight into human nature: God’s command to Adam is very fitting, because our power to relate to the world lies in our power to give names.

When I walk my doofus boxer, Baxter, I name to myself the plants and things we see along the way. There’s Corte Madera Creek that runs at one edge of my neighborhood, and the live oaks and willows that grow beside it. There’s the police station at the end of one path we often walk- which my wife and I call “The Mother Ship” because it’s way too big and pretentious for the three small towns it serves.

There’s an older Mexican woman we sometimes run into as she walks home from work. I’ll stop and chat with her a bit in her naming system, which I call Spanish and she calls Español. (My vocabulary stinks, but she says that my accent is pretty good.)
There’s my neighbor Paul, a type 2 whom I’ve written about here before, and the bird feeders he has set out in the shade of a graceful Chinese Elm. Just past his house is the pump station that rattles to life whenever there’s a heavy rainfall to suck runoff water into San Francisco Bay.

Everything has a name, and because I can name it, it has become familiar and comfortable to me-well, poison oak and the occasional skunk being exceptions.

None of us is always forthright about naming. Sometimes we shy away from directly naming something important to us. In the poignant song of regret, “Whatshername,” by the 1960s folk singing trio Peter, Paul, and Mary, a man talks wistfully about a girl he dated just before he married another woman. He remembers full well what her name was, but pretends to an old friend he happens to meet that he has forgotten it.

What does this have to do with diabetes?

Think back to when you were first diagnosed with the disease. Your ability to name anything about it was limited to the few words that most of us pick up along the way: “high blood sugar;” “insulin;” “diabetic coma;” maybe a few more. You knew the names, but they really didn’t mean anything to you because they never really had to.

Now they do. Amazingly, the jumble of words that made no sense right after your diagnosis quickly took on meaning: type 2, A1c, hypoglycemia, hyperglycemia, metformin, basal insulin, bolus insulin, “your numbers,” glycemic index, sulfonylurea, beta cells, dawn syndrome, honeymoon period, and more.
Where once you might have felt like a Japanese soldier in World War II trying to understand Navajo code talkers, now the unintelligible is intelligible. You can sit around with other people who have diabetes and compare notes, because the names all of you use for diabetic things all make sense.

And talking is perhaps the best therapy of all. When psychoanalysis was introduced in the late 19th century, people called it “the talking cure,” amazed that so simple an act as sharing thoughts could possibly relieve mental stress and illness. But we humans have known about the talking cure, perhaps instinctively, for a long time. The Catholic Sacrament of Reconciliation (“Confession”) works on the same insight, that talking about one’s concerns and imperfections is a first step toward constructively dealing with them. Or ask almost anybody how much lighter the world’s woes can be when he or she can turn to a best friend and spill some beans.

So here’s to all the people in the world of diabetes who name names and talk about this thing we share. To Katherine Marple and Clay Wirestone, our resident type 1 experts; and to Brenda Neugent, who “gets” type 2; and to Shosty in our comments section, who never backs off from telling it the way he sees it.

Any one of them would have done a great job back in Eden if the command to go name things had come down. 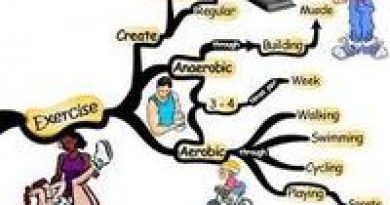 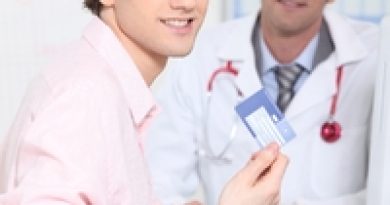 How to Avoid Medical Identity Theft