I remember first seeing Kris Freeman when he was 21 at a diabetes conference. Two years after he was diagnosed with type 1 diabetes, Eli Lilly began sponsoring his dream of becoming an Olympic cross-country skier. During his off-season, you can find Kris at diabetes camps inspiring children to follow their dream. He is the only person with diabetes to compete in a winter endurance sports event at the Olympics.

Earlier in his life, a physician told Kris that his skiing days were over. Determined to continue skiing, he did not let the physician’s advice deter him from his dream. Instead, he found a physician who would work with him while pursuing his dream to be an Olympian.

Over the next week, if everything goes well at the Olympics in Sochi, you will see Kris Freeman in four races. I caught up with him while he was training in Italy just before he traveled to Russia for his fourth Olympic competition.

Nadia: How did you get into skiing and why cross-country over downhill?

Kris: My parents love cross-country skiing. My father pulled me in a sled behind him before I could walk. Then propped me up on skis when I could walk. I shuffled around. Cross-country was the first thing I did.

I was also very fortunate to grow up in Andover, New Hampshire, which had a great club program for cross-country skiing, ski jumping, and downhill skiing. I was exposed to all three sports and I did all three until I was about 12. Then I stopped doing alpine skiing, it just didn’t interest me that much and I continued on the ski jumping and cross-country until I was 16.

But cross-country skiing was what I thought about and was passionate about it. At 15 I had won the Junior National Championship, so I had a pretty good idea that I was on a good path-that I would continue to excel and probably get an academic scholarship.

Nadia: How many races are you competing in at Sochi and how do you manage hypoglycemia?

How I manage my blood sugar is through doing countless practice races in the summer, simulating the races, taking the feeds, stopping every 5K, testing my blood sugar, seeing how my body reacts to the intensity and the glucose that I put in, in relation to the basal rate that I’m running.

Nadia: How have you refined stabilizing your blood sugar over the years?

Kris: When I was first was diagnosed, I used injections of Humalog and NPH to start, and then after a year switched to a Humalog-Lantus combination that I used that from 2003 up until 2008. But what was frustrating me with the Lantus was that I would inject it and I would be stuck at that basal rate for 24 hours. I needed to be able to change my basal rate on the fly for training and races.

I knew that I needed to start using a pump, but my doctors were really concerned about it freezing with the exposed tubing. There are limits in ski racing. They will only allow you to race at temperatures down to -4º F. We ended up doing some research and what we found was the OmniPod system, which I adopted because it was a patch pump. Are you familiar with it?

Nadia: Yes, you have a patch on your arm with a remote control to bolus your insulin.

Kris: Right, I wear it on my arm. It’s a patch pump that is fully disposable-you change it every three days. Because it sits right on the skin, my body heat keeps it warm. There’s no exposed tubing for it to freeze. If I crash at 40 mph and I tear the thing off, I can put a new one on. It’s really nice. So a lot of diabetic athletes choose this system now. This pump now allows me to suddenly change my basal rate on the fly. I have the added benefit of not having to take 12 shots a day.

Nadia: In what other ways does the OmniPod give you flexibility?

Kris: I was finding that I had to dose myself for the amount of insulin and basal I needed for the race, but not necessarily what I needed for the rest of the day. So if it was a shorter race, where I actually increased my basal rate by about 30 percent in nine-mile races and shorter, the exertion actually raised my sugar. I would then need to increase my basal by about 30 percent, but then go low all day because I was at a basal rate that was too high.

For a longer race, like a 50K race where I’m out there two hours, I would do the opposite. For long distance, I would reduce my basal by 30 percent and then I would go high all day. The OmniPod definitely gave me a lot more control.

Nadia: What type of insulin do you use with the OmniPod?

Nadia: When you travel, how do you pack your supplies and what do you bring with you?

Kris: For traditional blood stick glucose testing, I use an OneTouch Ultra meter from LifeScan because it’s very small. I can carry it in a small hip pack and have found that if I use those chemical hand warmers, those little things that you shake, I keep it in the pouch with the glucose monitor. I get very accurate results, down to about 10°F. Below 10°F, I start to question the result and generally try to go inside to test my blood sugar.

Nadia: You also travel to diabetes camps in the summer.

Kris: I travel the country visiting summer camps for kids with diabetes. One of the things that I always stress when I talk to them is that the innovations in diabetes care have gotten so much better. The previous limitations and old ideas about what a person with diabetes can and can’t do are now outdated.

Nadia: What was the process that you went through once you were diagnosed with type 1?

Kris: Any person newly diagnosed with diabetes has a steep learning curve as far as learning how to care for himself. I was pretty much determined from day one to continue on with my career. Despite talking to several doctors-three who told me that it was not possible to continue on with Olympic aspirations with diabetes-I went on my own and finally found a doctor who did believe in me. We started working together and here I am, having my fourth Olympics next week.

Nadia: You were quoted saying “I have to finish the race” and that you wanted to do that for people with diabetes. I found this inspirational.

Kris: Well thank you. That race in Vancouver, it got a lot of attention. I have mixed feelings about it because I didn’t reach my goal in that race. Yes, I did get up and finish the race. I’ve had two lows that affected my race negatively-only two in 13 years of racing. One just happened to be very high profile. Circumstances led to an unfortunate crash.


Nadia: No one can lead a perfect day every day. The example you set wasn’t about how well you did, but dealing with a circumstance that was working against you, and fighting for your sport. You were a role model to never give up. 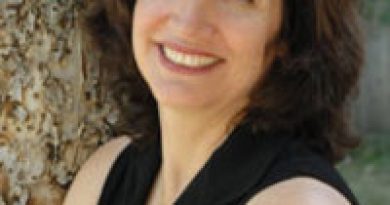 A Food for Thought Issue 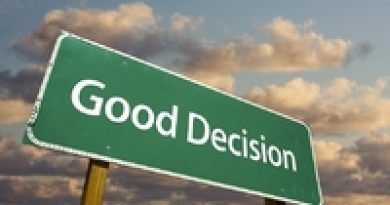 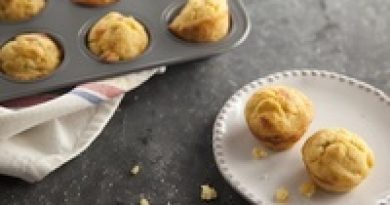