In the 30 years or so since his diagnosis, the 72-year-old from Peabody, Mass., has also had to contend with heart bypass surgery, prostate cancer and kidney failure, undergoing 3½ years of dialysis before getting a kidney transplant in November 2013.

Navigating his health problems hasn’t been easy. But Leavitt, who says he gets tired of hearing friends whine about their health, tackles the challenges as they come.

Leavitt, who retired in 2008 as a manufacturer’s rep who supplied camera shops throughout New England, grew up around diabetes. His mother had it, as did his maternal grandfather. He’s not sure if it was Type 1 or Type 2 “or if they even had numbers for it in those days.” But his mother took insulin every day, and his grandfather was a double amputee.

Still, Leavitt didn’t pay much attention to his diet until he had to. Even after his diagnosis, “I never thought I had it as bad as they said I did,” he says, explaining that the numbers didn’t indicate the extent of the problem.

He believes it now. Diabetes has complicated every health problem he’s encountered since, making each treatment trickier than it would be otherwise. As far as he knows, however, it didn’t make it more difficult for him to get a transplant. Eventually, he got the call that an organ donor who had died was a suitable match.

Since acquiring a third kidney, (they don’t remove the damaged organs because it’s too complicated), Leavitt must take immunosuppressants to keep his body from rejecting the new tissue, making him vulnerable to infection. Urinary tract infections have been a persistent problem, which may be behind a rise in his blood sugar levels.

Leavitt has confidence in the transplant team of physicians he meets with monthly, however. “I’ve seen every ‘ologist’ except a gynecologist,” he jokes, noting that he expects his blood sugar to level off as his doctors continue to try to find the right balance of drugs.

In the meantime, hand sanitizer has become a regular part of his life. He’s also had to give up eating from the buffet at a restaurant he frequents with a group of guys, ordering off the menu instead.

“It appalls me how nobody really cares about infection,” Leavitt says, noting that he frequently sees people leave the men’s room without washing their hands. Only to go out and eat off the buffet.

Though he’s never been much of an exerciser and admits he spends too much time at the computer, he does do some walking. He records his weight and vital signs daily. Though he’s a bit overweight, the number on the scale remains fairly constant.

“I try to eat relatively healthy,” Leavitt says, noting that at dinner the night before he ate only half the Greek salad he ordered, saving the rest for later.

To that end, he doesn’t dwell on his problems, but on what he can do. He socializes and travels with his longtime girlfriend, and keeps in touch with his two sons and two grandchildren, none of whom have diabetes at this point.

Scientists May Have Found Key to Neuropathic Pain 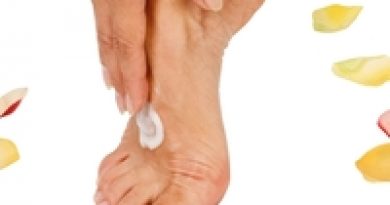