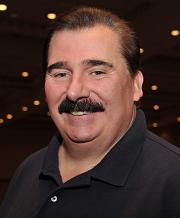 RESULTS OF SURVEY TAKEN A FEW WEEKS AGO

A few weeks ago I started a survey. The survey began as a project to obtain statistics regarding missed diagnosis of DKA while being diagnosed with diabetes. What I found out was both educational and alarming. Today I will share with you what I found out.

LET’S BE VERY CLEAR FROM THE BEGINNING.  This was an exercise by a dad (me) because there is just no data out there with the same detail of what this survey relays.  It’s surely my hope that someone much smarter than I takes this on with resources that will paint an indisputable argument of the severity of DKA and a missed diagnosis.

While at the American Association of Diabetes Educators annual conference last week, I spoke to a few people about this survey and shared only some of the information.  I began with the statement that I really am not a statistician and my findings were not, and probably could not be classified as, scientific.   But when I said that the total number of people who answered the survey numbered 570, I was told that the data could be significant depending on the findings.  I’m already reaching out to others to join in on gathering all of this information…………..and more.

My goal and hope really was to entice someone, an entity, to carry this further for a more detailed study with an IRB classification (that would make the data significant and hopefully make people take notice).  In many cases, what happens with missed diagnosis is that no records really exist in the detail needed, not just at the medical center; but what happens before and what happens to families during and after.  Records were/are just not kept; surprisingly, from one parent I was told that T1D was not even listed on the death certificate of their child even though a blood sugar was well over 1000 just prior to death.

I also comment throughout this article today, I’m not just delivering statistical information; I want people to know certain things and again; my sincere hope is that someone states we need to scientifically create a study to address this issue and follows through by ‘stepping up’.  I also learned things in doing this survey as well……and I share that too.

I asked people, online, to spread the survey to be answered by other parents and/or those who had T1D.  The criteria:
had to have been in DKA upon diagnosis of T1D;
been diagnosed within the last 10 years;
and live within the United States.

To try, or attempt to give the survey some credibility, I asked parents to leave their child’s first name and their email.  506 parents did, which I’m told is a pretty significant number.  The email request was part of the study but I assured parents that they would never be shared with anyone……and they won’t be.  The survey was ‘kept open’ for less than 3 days and was closed; and no further responses were allowed…….interestingly that people still emailed me their responses (which shows me how much more is actually out there).

This data was not easy to sift through and the comments were heart breaking, for those who wrote and for me to read; but all of it is JUST TOO IMPORTANT not to work through.  I will say it a million times that my only hope in all of this is to provide some data for people to bring to decision makers; and also to find someone who will ‘take this on’ and I have talked to some already.

There were 10 questions:
Reminder: 570 responses to the questionnaire as a whole.

Q1: Did your child have flu-virus like symptoms and saw a medical professional at least once before being diagnosed?
Note: I was looking to see if the dx was missed with this question, however, I learned that what could have also happened was that the family saw a medical professional with these symptoms and the doctor sent them directly to the hospital.  A more detailed study could gather more detailed information on this topic.
50.18%—half–stated yes

Q3: was your child hospitalized upon diagnosis of T1 Diabetes within the last 10 years?
89.89% stated yes

Q4: Was your child in DKA (Diabetic Ketoacidosis) and hospitalized when/upon being diagnosed?
When I asked for participants, I sought those who had experienced this to take part.  I learned that it IS NOT a refection of what percentage of people are dx via DKA vs. those who are diagnosed without being in DKA—again a more detailed survey should/could ascertain this information of DKA upon diagnosis vs. diagnosis without DKA.
79.32% stated yes to the question.

Q6: What State were you living when your child was hospitalized?
570 people answered and every state is represented with at least 1 response with the exception of Delaware and Vermont.  There was also one response from Puerto Rico and 2 responses from abroad who just wanted to see the survey and filled out any state (it was nice they let me know).

Q7: How much (estimate is okay) was the total cost of the hospital stay (if you do not know because it was paid by Medicaid or Military, kindly write Medicaid if it was Medicaid who paid; OR Military if it was paid by a US Military Branch). We are looking for the total cost of the bill……NOT just what YOU paid out of your own pocket. The total hospital bill?
Out of 556 counted answers; 111 people did not know or did not answer.
Out of the 445 remaining answers; 103 had their bill paid by a state agency (Medicaid, Kaiser etc) and that amount is not included in the final tally.
Out of the 342 remaining answers; 22 were in the military and that amount is not counted in the final tally.
Out of the 320 remaining answers; the amount of the hospitalization bills which were estimated by those filling out the survey, the amount was $3,038,200 or stated by average dividing the total amount by 320 = $9,494.38 per incident.
Personally I find this number significant.  The bulk of that $3,038,200 was paid by insurance companies…..would they not want to make sure they did not have to pay out that amount of money when some sort of simple procedure could prevent the onset of DKA if caught?
The other significant factor is the 125 people who were on some sort of Medicaid/State Agency and/or in the Military.  Using that multiple, but only based as an average for this discussion; a Government agency paid over $1,100,000 —– they should have a ventured interest in eradicating dx at DKA as well.

Also keep in mind that the 570 people who responded may be a significant number but pales in comparison to how many of these cases ACTUALLY EXIST.  EVERYTHING IN THIS SURVEY EXPONENTIALLY GROWS WHEN DEALING WITH REALITY OF WHAT ACTUALLY HAPPENS MORE THAN PEOPLE KNOW, OR KEEP A RECORD.

Q8: The final result after your child completed their stay (even if it was multiple times for the same DKA episode and as long as that lasted)?
Those answering the survey:
547 survived and moved on
4 suffered some sort of brain damage
5 children passed away
All of this just seems completely unacceptable to me.  Blame?  No, not my goal,……but something has to be done.  No blame but all OF US ARE NOW responsible moving forward to change this paradigm.
Someone also suggested, if a deeper survey/study is ever done, to find out if any litigation resulted in any of this…..thus showing that all stake holders may want to take the steps to eradicate missing this diagnosis.

Q9: How many days of work (work is defined as paid employment) did you and/or your spouse/partner miss while your child was hospitalized and/or time once you left the hospital? (Just provide the total number of days for both of you—–even if you had sick/personal/vacation days—we just want the total number of days you did not go to work whether it was a paid leave or not does not matter—just the total number of days)?
To be completely honest, the answer to this question was both alarming and disturbing and any corporation who pays insurance companies should also stand up and take notice.
People lost a total of 7289 days at work.  That is just shy of 20 years.  What is the productivity of that ratio?
And even though we did not ask; 18 people commented that they left their job completely either by quitting or being fired.

So that is what we have.  Scientific?  Maybe not completely, but that should not mean it is not significant.  I also have this broken down by every state which I will share a little down the line but if needed, just ask.

Any questions, thoughts, comments…….all are welcome as always.

I’m not a professional at this…………

……..I am a diabetes dad.
Please visit my Diabetes Dad FB Page and hit ‘like’.

AskNadia: I Stopped Giving My Daughter Insulin and Was Reported to Children Services 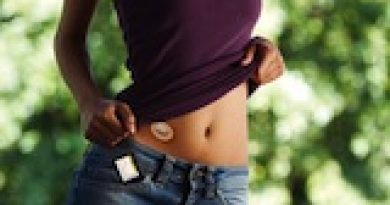 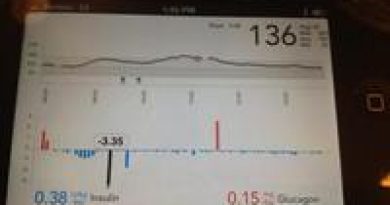