Baby Daddy is a sitcom appearing on The Freedom Network (formerly Disney’s Family Channel). The character of Danny Wheeler is played by Derek Theler, who coincidentally is featured in the June 13 edition of People Magazine. Derek, as well as his sister, both have T1D (To his parents, being in the same boat: give me a call we’ll grab a drink sometime).

Pick it up and read it.

Derek Shares what it’s like to not only live with diabetes, but he paints a picture–a real picture–on how it can be a struggle; and sometimes there are setbacks. But the important thing is to keep going. Keep trying. He is the product of success with that philosophy.

There is a picture in the article with Derek without his shirt. He is as ripped as any man has a right to be. Clearly, and without question, right there on his body is where he wears his Dexcom continuous glucose monitor. The story is not about Derek’s body but when a man poses and has no qualms about showing off the diabetes equipment he wears and needs, .well that is noteworthy as much as it is commendable.

So read about this young man and how he does what he wants while balancing his T1D. How he succeeds, how he has setbacks, but most importantly, how he lives. A must read for anyone needing inspiration.

The article also shares how Derek moved to Los Angeles with dreams of becoming an action hero, how he missed out being cast as Captain America but has not given up his dream of playing a superhero. After reading People’s article about Derek, to the millions of kids who need, and look for, inspiration, it’s clear that he already is. 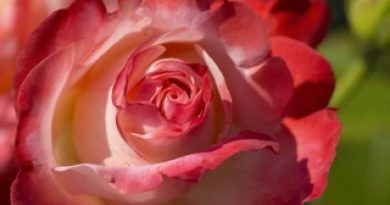 Spare a Rose program raises funds for children with diabetes