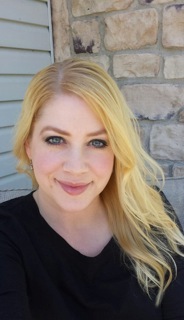 It was nearly two decades ago. I was driving my Ford Mustang late one night when I spotted flashing red and blue lights behind me. I quickly pulled over and waited for the officer. A female police officer appeared and commented that I “must be in a big hurry to get somewhere”. She was gruff and seemed ticked off. I was shaky from my nerves (I’d never been pulled over for speeding before and the speed limit in this area was lower than I had thought). She asked for my license and I quickly handed her my wallet, which also held my badge from a neighboring police department since I was a 911 dispatcher there. I blurted out “I know Barb”, who was a 911 dispatcher from her department that I’d met during a lunch with some officer friends. I immediately regretted saying that, using the friendship to try to weasel out of a ticket and I said “I’m sorry. I should have said that I know better”. She handed back my wallet, playfully punched my arm and said “No problem pal, have a good night!” and left. I had been insanely lucky, but I felt guilty.

It’s funny that we decide to push the limits sometimes. I’m not sure how fast I was going, it truly didn’t seem that fast, but it was fast enough to get into trouble. I feel like I follow some of those same behaviors when it comes to my Type 1 diabetes. I’ve had diabetes for a little more than those two decades now. I was living much more dangerously with my diabetes back then and I always seemed to learn my lessons the hard way.

The sporty little Mustang is long gone, now replaced by a family friendly SUV. I don’t feel like I live dangerously anymore, though with work and everything on my plate, I sometimes still make poor choices when it comes to my diabetes. I found myself with a huge knot on the back of my hip the other day. It was my favorite spot for injecting my large, long-lasting, insulin injections and it had caught up with me. It was painful and I knew that the insulin absorption was nil to say the least. I grabbed my husband’s hand one night as we stood outside and gazed at the stars and placed it on the spot. He quickly said “Wow, you need to rotate sites”. Of course I knew that, but I had stubbornly used the comfortable spot until it was entirely unusable.

I began rotating more and more. Soon the spot went down. I knew not to return to it too quickly for fear that it would return. I began using the side of my thigh which had been the unfortunate location of another hard lump, years earlier from overuse. The lump had been gone since I hadn’t used it in so many years, but after a few days of using my leg I developed a big painful knot. I began using my arms and other leg more. I saw glorious blood sugars from my usual shots which told me what I should have known long ago, that my old favorite insulin spot had not been absorbing well. I am getting nervous that I’m going to run out of spots to comfortably inject. I take a total of 7 – 8 injections a day and running out of good absorption real estate on my body seems more and more likely.