The introduction of insulin pen devices in the 1980s facilitated accurate and simple administration of insulin for people managing their diabetes on an outpatient basis. The use of insulin in hospitals, however, continues to be associated with medication errors and severe adverse events.  Published practice guidelines have helped address insulin error prevention, and the availability of diabetes technologies has presented another opportunity to promote the safe use of insulin in hospitals.

A number of institutions have considered the advantages of insulin pen devices over a vial and syringe and have made the transition for subcutaneous administration of insulin. Insulin pen devices offer a number of safety features for use in a hospital setting, including patient-specific dose formulation, convenient dose measurement, accurate dose delivery, and shielded safety needles.

Because pens are increasingly used in the outpatient setting, it is also reasonable to conclude that pen devices used at the bedside of a hospitalized patient could facilitate patient education in using the devices.  One satisfaction study showed that significantly more hospitalized patients receiving insulin via pen wanted to continue that method of insulin delivery at home.

Some of the drawbacks to switching from a vial and syringe method of insulin delivery to an insulin pen include the inability to mix different types of insulins (so multiple injections may be required), as well as the need for comprehensive staff education, new hospital policies, and surveillance of nursing personnel to detect unforeseen problems resulting from the change in duties.

The institution where I practice as a pharmacist is a 440-bed tertiary care hospital located in Salisbury, Maryland.  Upon completion of a favorable cost-analysis and approval of the plan by management and related departments, the conversion from vial and syringe to insulin pens was initiated in February 2007.  Collaborative education efforts focused on training a core group of nurse managers, who would then train nurses in their respective stations.

Additional education was provided by clinical pharmacists and a staff pharmacist who was also a certified diabetes educator.  Personnel were required to complete competency-based insulin pen training and demonstrations before the devices could be used to administer subcutaneous insulin.

The pharmacy department substituted vials for the corresponding Lantus® Opticlik pen, and the prefilled pens for Humulin® N, Humulin® 70/30, Humalog®, and the various Humalog mix formulations.  The pen needle available at the time was the BD Autoshield® (12.7 mm in length), which fit on all pen devices. It also had a safety feature of locking after injection to prevent reuse and reduce risk of needlestick injuries.  The emergency department continued to use vials of insulin for expected single patient doses and for large-volume intravenous products.

In addition to medical and nursing staff education, pharmacy staff were trained on proper labeling of the products. This included placement of a patient-specific label near the top of the pen (not on the cap) adjacent to the dosing window without covering the manufacturer product information, and placement of appropriate auxiliary labels (expiration date, “do not refrigerate” warning) and tamperproof tape over the cap.

The system-wide change to insulin pen devices presented a number of challenges that were managed with an effective, multidisciplinary surveillance and communication system.

What We Learned During This Experience

Injection technique is critical for preventing accidental needlestick injuries.  The original BD Autoshield® utilized for each injection was a shielded, fairly long needle that seemed relatively bulky to those unfamiliar with its use.  Nurses who held the insulin pen at an angle while injecting, rather than straight into the skin at 90 degrees, were found to be at a higher risk of an accidental needlestick.  It was also discovered that the skin area to be pinched up for the injection should be fairly wide: approximately one inch of skin between the fingers after the pinch is completed.  Hospital administrators acted quickly to address these issues with additional education and changed to a shorter-length, shielded needle as soon as it became available.

In addition, many nurses wanted visual confirmation that the insulin dose was given, similar to watching insulin being pushed by the barrel along the length of a transparent syringe. However, they couldn’t see that happen through the shielded needle and pen.  After an injection had been completed, nurses noted that a drop of insulin was left on the skin, leading some to believe that the full dose was not given.  Feedback was provided to nurses that, in actuality, the residual on the skin was most likely from the tip of the needle after the pen was primed.

An insulin pen should not be used for multiple patients.  This question arose early in the program, and education was provided during the initial training.  One goal of the program was to provide patient-specific insulin therapy.  However, a literature review revealed case reports at several institutions of one patient’s insulin pen being used on another patient because nurses believed that by changing the pen needle between patients, the insulin would not be contaminated.  At least two studies have reported that biological contamination was found in up to half of insulin pens studied.

In a number of instances, nurses called the pharmacy asking if it is appropriate to allow patients to take an insulin pen with them upon discharge for home use.  On these occasions, it was important to clarify hospital policy that it is against Joint Commission (JCAHO) regulations for patients to take home medications that were purchased through hospital contract prices.

Once the system issues involved in the transition were addressed, the experience reported by nurses appeared to be similar to published reports in the literature. One satisfaction survey of 54 registered nurses in a community hospital where insulin pens were implemented on two surgical floors resulted in 70 to 80 percent of nurses agreeing that the pens were convenient and simple to use.  However, 39 percent of nurses responded negatively with regard to feeling more confident in giving the correct dose and feeling more comfortable using the pen device than using a syringe and vial.

Over time, changes were made to optimize the safety and accuracy of the insulin pen program, including updating the required education and periodic proficiency testing of nursing staff, replacing the Lantus Opticlik® with the disposable Lantus SoloSTAR®, and implementing color-coded pens to better distinguish different types of insulin.

As technology in diabetes management evolves, it is important for an institution to fully evaluate how a new safety initiative will impact patient care.  With adequate preparation, effective communication, comprehensive education, and continuous monitoring, hospitals can greatly improve health outcomes and reduce the risk for medication errors. 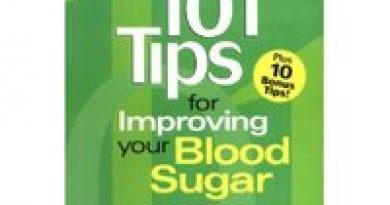 Book Reviews: 101 Tips for Improving Your Blood Sugar a project of The American Diabetes Association-122 pages, $12.50