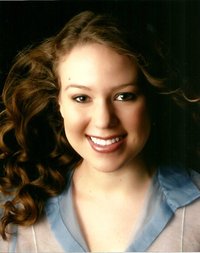 Heather Shields was thrilled when she got the opportunity to dance with the famous Joffrey Ballet School in New York City. At 11 years old, she dreamed of one day becoming a professional ballerina, and this trip would bring her dream a little closer. A long way from home for this California girl, Heather traveled with her family to the “Big Apple” for the month of July. During that month she remembers dancing six to seven hours a day in the heat of the summer. She began losing weight, but shrugged it off, assuming she’d caught her mom’s stomach bug.

At the end of the month, Shields flew home and collapsed into a coma. Her parents rushed her to the hospital where she was diagnosed with type 1 diabetes. She was toxic; her blood glucose levels were over 900mg/dl. “It was such a shock,” she says, “but my parents told me I could still do whatever I wanted and that diabetes wasn’t going to change me.” Her doctors started her off on multiple daily injections, but after a year she switched to a pump, which made her life much easier. “The pump changed my life. It felt like I was able to go back to the life I was living before my diagnosis.”

That life still included dancing, and after a few years Shields began thinking about pageants. “I was flipping through a magazine and saw an ad for the National American Miss Competition, and thought, ‘Wow, this would be great for diabetes.’ I’ve always associated pageants with platforms,” she says. By “platforms’ she means a goal, or a mission, and her mission was to raise awareness for diabetes. Her parents agreed to let her try a pageant. Her first competition was so much fun that she keeps going back. “That pageant was for girls who really have something to say and who want to make a positive change in their community,” she says. “Plus,” she laughs, “it was lot of fun to get dressed up.”

Personality, poise, confidence and good communication are the necessary skills for contestants, Shields explains. As she’s gained confidence in the pageant arena, she has continued entering competitions. Next up was the Miss Newport Beach Teen Competition. “This time the bathing suit aspect was added,” she says. Shields detaches her pump moments before going on stage in both the dress and bathing suit portions of the event but insists, “It’s about being healthy for who you are so that you can do everything to your potential.”

She keeps a stash of glucose tabs and snacks in her dressing room backstage so she can quickly access them if her blood sugar drops. “I don’t like to go anywhere without my supplies.” If other people see her testing, she uses it as an opportunity to educate them about diabetes. “I want to show people that any health condition will not stop you from doing what you want with your life.”

The idea to participate in the Miss California USA competition was spontaneous. “It’s been a fast process,” she says. “Since May 2011, I’ve been doing a lot of fundraising for the Juvenile Diabetes Research Foundation from bake sales to talking with local business owners.” Shields has taken a leave of absence from school because she was recently diagnosed with Hashimoto’s disease, one of the thyroid conditions associated with diabetes, and needed some time to get well. Half of what Shields raises will go to JDRF, the other half to her pageant expenses.

Excited about her dress (a 1950s-style navy halter gown with peacock accents), she says she will wear the pump on her thigh, “like a garter.” During the interview section on the big day, she’ll talk about her journey with diabetes, from a scared, sick young woman to the strong woman she has become, beautiful inside and out.

Heather Shields’ competition for Miss California USA will be January 6-8, 2012. Look for the healthy looking girl with long, auburn, wavy hair, and a big smile. 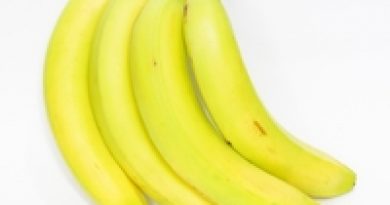 Life With Type 2: The Power of Naming