A Chinese study of 345 patients divided between non-diabetics and people with type 2 diabetes concludes that gut bacteria between the two groups differs substantially-so much so that the bacteria can be used to accurately determine who has or doesn’t have the disease.

Scientists at BGI-Shenzhen* looked at gut bacteria in both groups to see what differences they might find. In people without diabetes, they found butyrate-producing bacteria, and other indicators of robust cell motility and cofactor metabolism.

Butyrate, among other things, is linked to increased nutrient digestibility and digestive enzyme production, as well as epithelial cell health and tissue development and repair. Cell motility refers to the ease with which cells can change shape or divide. Cofactors are chemical compounds that act as “helpers” needed to assist proteins-usually enzymes-initiate a biological action.

Lead researcher at BGI-Shenzhewn, Junjie Qin, Ph.D., said that the study shows that the previous conclusion that differing gut bacteria are caused by environmental factors may no longer be a sufficient explanation.

An abstract of the study is available in the September 26 online issue of Nature.
(*BGI Shenzhen-Beijing Genomics Institute is China’s largest genome sequencing center and the country’s official participant in the Human Genome Project earlier this century.) 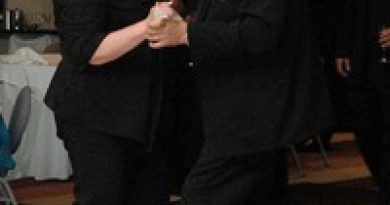 Deborah Grona: Dancing Back to Life