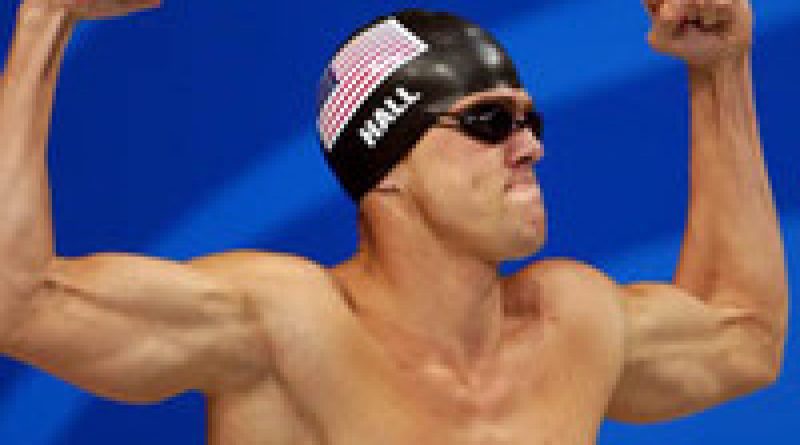 He was also recently diagnosed with type 1 diabetes.

Diagnosed in March 1999, Hall, of Phoenix, Arizona, recalls experiencing symptoms of fatigue and dizziness while working out and training. At first, Hall wrote it off as being an effect of his heavy training regimen. Then he started experiencing blurred vision and constant thirst.

“I was going to the grocery store and buying six gallons of orange juice,” says Hall, who is remembered for his rivalry with the Russian swimmer Alexander Popov in the 1996 Olympics. “Eventually, I was getting dizzy. So I went to a doctor and was diagnosed with type 1 diabetes.”

Hall, 25, didn’t know anything about diabetes at the time of his diagnosis and was totally devastated. He says there was no history of diabetes in his family. In addition, he had no family members or friends who could give him answers about the disease.

At the time of his diagnosis, Hall was more concerned about diabetes than his Olympic career as a swimmer. He suspended his training to concentrate on learning as much as possible about the disease. Hall returned to training and competition last summer.

“I just have to keep a close monitor on what is going on with my blood sugar levels,” he says. “I always keep some food nearby if I am practicing, in case I feel disoriented in the pool.”

Hall tests about six times per day and says it helps having a coach who is aware of his situation and is willing to work with it.

Hall admits that he is still in a learning stage and does not have a formula when it comes to taking insulin dosages prior to eating.

When Hall wakes up, he prepares for his morning workout by testing his blood sugars. His breakfast usually consists of eggs or some other type of protein.

“I take Humalog prior to eating,” he says. “The amount of insulin I take depends on how hungry I am. If I’m having something with more carbohydrates, I’ll take more insulin.”

Hall then goes to the pool and warms up. After warm-up, he tests again.

“I prefer to have my BGs around 180 to 200 mg/dl prior to a workout or competition,” says Hall. “I try not to let it get higher. After working out for two hours, there have been days when my BGs have dropped to 45. I always keep a granola bar and apple juice at the poolside, and that usually gets it back up.”

For lunch, Hall will test, take some more Humalog and then usually have a sandwich or burger.

“The amount of insulin I take at lunch varies and depends on what it is I am eating,” he says. “After lunch, I have a couple of hours before the afternoon practice, and I’ll use that time to nap, read or listen to music.”

Before Hall’s evening workout, he snacks on a protein bar, then tests to see if his BGs are around 180 to 200 mg/dl.

“Then I’ll work out for another two hours,” says Hall, who then has dinner.

Before bed, he will take Humulin N.

Hall admits he is always nervous before a competition.

“Since my diabetes diagnosis however, I get a few extra butterflies.”

When Hall resumed training last summer, he did so with the coach who trained him for the ’96 Olympics. He trained for a brief period of time before he went to nationals in Minneapolis and competed in the 50-meter freestyle.

“I took first place in that race and it placed me first in the country,” says Hall. “The time [22.13 seconds] was my career best. It would have won me the gold medal in Atlanta.”

Going for the Gold

Since then, Hall has competed in a few meets but spends most of his time training for the 2000 Olympic trials, which will be held this August in Indianapolis.

“I am keeping a close eye on my diabetes,” he says. “You have to be willing to improvise a bit and act according to the changes that take place.”

Welcome to the Club

Hall describes the experience of being a newly diagnosed person with diabetes as “neat.”

“I have found that I have something in common with so many people,” says Hall, who recently attended the Rally for a Cure in Washington, D.C. “I have met several interesting people who tell me they have had diabetes for two years or 38 years. They just tell me ‘welcome to the club.’ “

Hall proves anybody wrong who thinks diabetes is a handicap.

“I was really discouraged when I found out I had diabetes and was told I wouldn’t be able to continue the career that I had dedicated my entire life to,” says Hall. “I proved [the doctor who diagnosed me] wrong, and if I can do that so can anybody else, at any level. You just have to pay a little extra attention to your condition and don’t let it slow you down.” 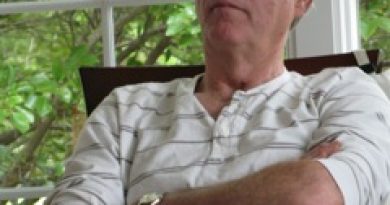 Downsize Me: Man Drops a Pants Size Eating at McDonald’s Twice a Day By Tanya Caylor 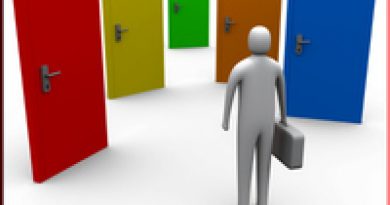 What is Your Treatment Zone?