Each year, millions of Americans have allergic reactions to food. Although most food allergies cause relatively mild and minor symptoms,some food allergies can cause severe reactions, and may even be life-threatening.

There is no cure for food allergies. Strict avoidance of food allergens — and early recognition and management of allergic reactions to food — are important measures to prevent serious health consequences.

To help Americans avoid the health risks posed by food allergens, Congress passed the Food Allergen Labeling and consumer Protection Act of 2004 (FALCPA). The law applies to all foods whose labeling is regulated by FDA, both domestic and imported. (FDA regulates the labeling of all foods, except for poultry, most meats, certain egg products, and most alcoholic beverages.)

As a result, food labels help allergic consumers to identify offending foods or ingredients so they can more easily avoid them.

About Foods Labeled Before January 1, 2006

FALCPA did not require relabeling of food products labeled before January 1, 2006, which were made with a major food allergen that did not identify its food source name in the ingredient list.  Although it is unlikely that any of these foods are still on store shelves, always use special care to read the complete ingredient list on food labels when you go shopping.

What to Do If Symptoms Occur

The appearance of symptoms (see Know the Symptoms at right) after eating food may be a sign of a food allergy. The food(s) that caused these symptoms should be avoided, and the affected person, should contact a doctor or health care provider for appropriate testing and evaluation.

The Hard Facts: Severe Food Allergies Can Be Life-Threatening

Following ingestion of a food allergen(s), a person with food allergies can experience a severe, life-threatening allergic reaction called anaphylaxis.

This can lead to:

Each year in the U.S., it is estimated that anaphylaxis to food results in:

Prompt administration of epinephrine by autoinjector (e.g., Epi-pen) during early symptoms of anaphylaxis may help prevent these serious consequences.

What Are Major Food Allergens?

The eight foods identified by the law are:

These eight foods, and any ingredient that contains protein derived from one or more of them, are designated as “major food allergens” by FALCPA.

How Major Food Allergens Are Listed

The name of the food source of a major food allergen must appear:

Symptoms of food allergies typically appear from within a few minutes to two hours after a person has eaten the food to which he or she is allergic.

Allergic reactions can include:

About Other Allergens
Persons may still be allergic to — and have serious reactions to — foods other than the eight foods identified by the law. So, always be sure to read the food label’s ingredient list carefully to avoid the food allergens in question.

FALCPA’s labeling requirements do not apply to the potential or unintentional presence of major food allergens in foods resulting from “cross-contact” situations during manufacturing, e.g., because of shared equipment or processing lines. In the context of food allergens, “cross-contact” occurs when a residue or trace amount of an allergenic food becomes incorporated into another food not intended to contain it. FDA guidance for the food industry states that food allergen advisory statements, e.g., “may contain [allergen]” or “produced in a facility that also uses [allergen]” should not be used as a substitute for adhering to current good manufacturing practices and must be truthful and not misleading. FDA is considering ways to best manage the use of these types of statements by manufacturers to better inform consumers.

Initially mild symptoms that occur after ingesting a food allergen are not always a measure of mild severity. In fact, if not treated promptly, these symptoms can become more serious in a very short amount of time, and could lead to anaphylaxis. 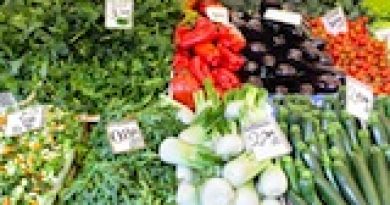 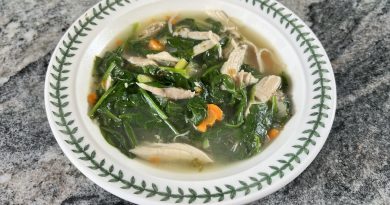 From the Sugar Happy Kitchen: Chicken Soup with Super Greens and 2.97 Net Carbs

From the Sugar Happy Kitchen: Sautéed Green Beans with Garlic