The type 2-diabetes drug Avandia will again be available through retail pharmacies after a May ruling by the U.S. Food and Drug Administration.

The drug – a rosiglitazone-based medicine that controls blood glucose by increasing the body’s sensitivity to insulin, so cells and muscles are able to use more for energy, reducing levels in the blood – was off the market in Europe and restricted in the United States for several years due to studies showing the drug raised the risk of heart disease. The FDA in 2013 reversed its earlier opinion and lifted restrictions on the drug, opening the doors for Avandia’s return to market.

Initially released in 1999, Avandia had been one of Glaxo’s top-selling medicines, with sales of $3.2 billion in 2006. Sales tanked in 2010 after a review of clinical trials showed an increased risk of heart attack related to the drug – those taking the drug in the United States dropped from 120,000 to 3,000 – but last year, new trials showed no elevated risk of heart attack or death in patients being treated with Avandia compared to other diabetes drugs, causing the FDA to reverse its opinion.

“GSK welcomes the decision of the FDA and appreciates the agency’s robust review of the science about Avandia,” Glaxo said in a statement last year. “GSK maintains its view that Avandia is a safe and effective treatment for Type 2 diabetes when used appropriately.”

While the drug had previously been available only through specialty pharmacies and the patients already taking the drug or whose symptoms were not adequately controlled by other drugs, the new FDA ruling allows all patient’s access to Avandia, Avandamet and Avandaryl. All of these medications contain rosiglitazone.

“Our actions reflect the most current scientific knowledge about the risks and benefits of this drug,” Janet Woodcock, director of the FDA’s Center for Drug Evaluation and Research, said in a statement last year. “Given these new results, our level of concern is considerably reduced; thus, we require the removal of certain prescribing restrictions.”

While the drug’s manufacturer, GlaxoSmithKline, has a marketing hurdle to overcome given the bad press the drug has received over the last few years, the British drug maker has no plans to promote Avandia in the United States, in part because its U.S. patent protection lapsed in 2011.
The drug will be available by prescription.

To assist in the transition, a toll-free telephone number has been established for patients, healthcare professionals and pharmacies – 1-800-282-6342 – which will be staffed from 8;30 a.m. to 5 p.m. Monday through Friday Eastern Time. 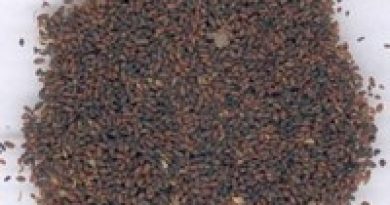 Ethnic Stereotypes May Contribute To Obesity