The Year
What a year I’ve had. From the spring of 2011 to the spring of 2012, my life changed utterly. There have been few years in my life more eventful, and few years that mixed joy and pain in such bracing amounts. With the year now done, I’m hesitant to draw any lessons–I just look back in amazement.

In the spring of 2011, my husband and I adopted a son. We had planned it for several years, saving up money and going through the rigorous screening required of all adoptive parents. The process was, for us, miraculous. We were able to attend the birth of our son, a healthy baby boy weighing in at 7 pounds, 5 ounces.

In the summer of 2011, my mother died unexpectedly at the age of 58. While she was ill for many years with rheumatoid arthritis, her passing was–as difficult as it is to write–somewhat accidental. Shortly afterward, I was forced to leave my three-month-old son to fly home for a memorial service.

The rest of the year was a blur. My siblings visited, my son grew by leaps and bounds, and I mourned. We made friends with other couples raising young children. I wrote and edited dozens of articles for multiple outlets. And, of course, I managed my diabetes, marking a quarter-century with the disease.

Before I knew it, a year had passed. My son was celebrating his first birthday. During this summer, I realized, I would mark a year since my mother’s passing. Twelve months, gone by before I realized it. Unbelievable.

To me, there is ultimately little to be gained by sugar-coating things. The final years of my mother’s life were sometimes unpleasant. At times, they were awful. But we learn a great deal about people from watching them in difficult situations, and my mother was an astonishing survivor.

She didn’t moan. She didn’t complain. She didn’t pity herself. She forged ahead every single day. Even in her last months, when an old injury prevented her from walking more than a few steps without severe pain, she constantly reached out. She spoke to family and friends on the phone, through e-mail, and via Web chat. She refused to let her life be compromised any more than it had to be.

For a person with diabetes, these are not small lessons. Her absolute refusal to be defined by her illness should inspire anyone grappling with health concerns.

There was a sad lesson too, though. And it was simple: We do not have any guarantees. We can do everything right–see doctors, monitor our health, do good works–and our bodies can still turn against us. We do not know how long we will be here, or in what shape. The world promises us nothing beyond the moment in which we live. Right now.

Goodness knows what the past year would have been like if I spent all of it in mourning. Knowing my temperament, I could easily have done so.

Here is the flip side of the lesson I just mentioned. These moments in which we live have the potential for transcendent happiness. The laugh of a child, a silly game, a song, an embrace: All of these things take mere seconds. Yet these moments matter. They have the power to change our lives and make us better people.

As the year passed, I found myself stretched in new and interesting ways. Could I deal with diaper rash, changing dietary needs, and teething? Sure. Could I deal with first words, clapping hands, and delighted expressions? Absolutely.

I missed my mother so many times during that year. I longed for her advice and reassurance, which had been so important during the first few months of my son’s life. As I grieved, however, I felt her presence. Her advice may not have come through a telephone line, but it lodged itself in my mind nevertheless.

I’ve already written about my mother and son in Diabetes Health, but I’ve written less about myself and about my reactions. There are many reasons for this, among them shyness. But perhaps the main one is that my reactions haven’t been that interesting.

It has been an intense time. But I expected that after working through such joy and pain, I would have a profoundly different understanding of life. I expected transcendent revelations. None was forthcoming.

I love my son. I mourn my mother. And I spent the last year loving and mourning intensely. I understand, forcefully, that life is made of moments and that nothing is promised us. Yet I don’t know anything more about life than before these experiences, except for what it feels like to love and mourn intensely. I try appreciate the moments I have. But I would gladly trade away that knowledge to bring back my mom.

I didn’t fall apart. My diabetic control didn’t run off a cliff. Sure, there were a few months where I made poorer choices than I might have otherwise. But the choices weren’t that poor, and I was able to wrest back control and continue on course.

Whatever happens, lives move on. That’s the reality in which we live. People are born, people pass away, and people keep living and working. Over the next few months, I’ll be moving, working on a television show (not diabetes-related), and completing some creative writing projects. Maybe I’ll even return to the land of the elusive sub-6% A1C.

There’s a misunderstanding sometimes about people who cover health. Because we often write about disease and poor health choices, some folks believe that we’re scolds or nanny types out to run their lives. Nothing could be further from the truth.

It means writing about hope. 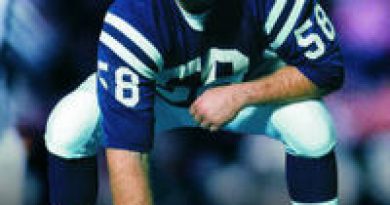 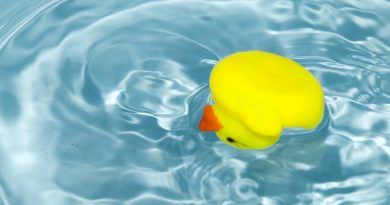 Living with Type 1 Diabetes: Feeling Like a Failure Doesn’t Help 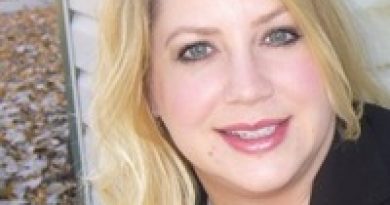