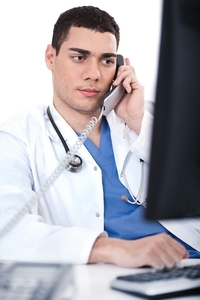 Doctors are getting behind such tech-savvy healthcare approaches as electronic prescriptions and medical records, and their efforts are helping them ultimately save their patients money, according to a new study.

The use of both e-prescriptions and electronic medical records has surged over the past five years, thanks in part to government incentives, according to the report, which was conducted by the Burlington, Mass.-based research firm Decision Recourses in February.

About 60 percent of doctors surveyed said that e-prescribing gives them access to full lists of patients’ medications, allowing them to pay closer attention to not only drug interactions but also prescription costs. Being better informed about patients’ insurance coverage, co-pays, and current medication expenses allows doctors to be more mindful of patients’ costs, they said.

The survey targeted drugs used to treat diabetes and hypertension specifically, primarily because drugs in both categories tend to offer both brand-name and generic versions and are widely prescribed.

The researchers found that when doctors were given the choice of prescribing multiple drugs for diabetes in their e-prescribing program, they tended to select the drug with the lowest copay-taking advantage of details they might not have known before using an e-prescribing system.

About 80 percent of those surveyed said that if they were given information about their patients’ costs and copays, they would be more likely to prescribe less expensive or better reimbursed options.

Because many doctors only have localized patient information compiled within their own network, they are currently unable to make such determinations when they’re writing prescriptions.

“The vast majority of physicians say their electronic health records systems only have patient information from their own physician group, meaning they have incomplete information on their patients,” says Roy Moore, product manager at Decision Resources and lead author of the report. “This lack of shared information represents a shortcoming and prevents improved management.”

According to pharmacists who also participated in the study, a large majority-as many as 84 percent-said they’ve noticed that doctors are more attentive to costs of drugs when participating in e-prescribing programs that put drug costs front and center.

While that does present a challenge to the marketers of brand-name drugs, it also allows data about the effectiveness of all drugs to be more easily collected. As a result, drug manufacturers can better showcase the effectiveness of their drugs compared to generic versions, restoring equal ground.

“The ability of EHRs to aggregate data and allow for population health management-an underutilized feature today-will allow marketers of branded therapies to demonstrate the superiority of their products versus other competitors and generics,” Moore says.

Physicians’ and managed-care organizations’ “desires to reduce costs and hospitalizations should make them receptive to clinical data showing therapies’ effectiveness along these metrics,” he adds.

The government incentive program, designed to encourage the use of e-prescribing with Medicare patients, offers a combination of incentive payments and payment adjustments.

Diabetes Health Type 2: Working Wonders By Getting Into a Routine and Keeping Active 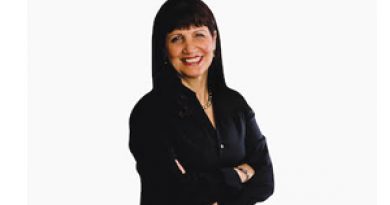