A procedure designed to change how the body absorbs and processes glucose could help improve A1C numbers for those with type 2 diabetes, according to recent research.

Presenting at the 19th World Congress of International Federation for the Surgery of Obesity & Metabolic Disorders in Montreal, researchers said that a procedure that resurfaces the duodenum, the first part of the small intestine where food is broken down, could delay the need for insulin therapy and improve outcomes for those who have not responded well to oral diabetes medications.

Developed by Fractyl Labs, the noninvasive Revita Duodenal Mucosal Resurfacing (DMR) procedure involves the use of laser therapy to resurface a portion of the mucus cells lining the duodenum.

To test the benefits, doctors separated participants into two groups, with one receiving the treatment on a short segment of the duodenum while the other group received treatment on a longer segment.

Those who saw more of their duodenum resurfaced had improved A1C numbers, lower fasting glucose levels and improved weight loss compared to the other group, with the benefits lasting for at last six months following the procedure.

Experts believe that the procedure was able to reverse some of the changes that diabetes triggers in the gastrointestinal tract, mimicking some of the benefits of bariatric surgery, without the invasiveness or cost.
Revita DMR can be performed in an hour.

“Currently, doctors and patients struggle to keep diabetes and blood sugar levels under control, even with insulin therapy and numerous medicines available,” said Dr. Manoel Galvao Neto, a bariatric surgeon based in Sao Paulo, Brazil. “We believe that diabetes is a digestive disease that can be treated procedurally without being the life-long burden that it is for most of the 400 million patients with the disease today.”

Studies in Europe and South America are set to begin in December, with United States-based studies set for 2016.

“If the data remain consistent with the early, highly encouraging results, we believe this could be the first scalable solution to reduce the burden of type 2 diabetes,” Neto said. 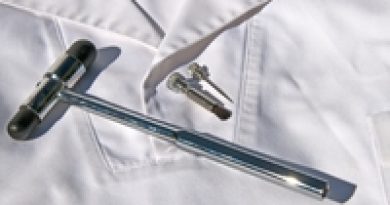 NeuroMetrix and Nipro Team Up to Market Neuropathy Test