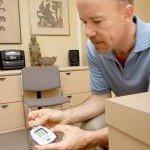 Scott King, editor-in-chief of Fairfax-based Diabetes Interview magazine, monitors his glucose level by taking a sample of blood from his finger. The publication, the second largest of its kind in the country, is not only for diabetics but is by diabetics, too. King has lived with diabetes for 28 years.

November 2003
In a modest cluster of offices in downtown Fairfax, 10 dedicated staffers crank out an issue a month of one of the nation’s most respected magazines for diabetics and their health care providers – Diabetics Interview.

The cover story for November, which is National Diabetes Month, is titled “Before You Party: Are You in the Danger Zone? – What every person with diabetes should know about legal and illegal drugs.”

The article is one of dozens of frank, controversial and well-researched stories – from sex and diabetes to the newest insulin pumps to celebrity interviews, including an upcoming December chat with diabetic Della Reese – that the magazine has published since two Woodacre residents launched the publication 12 years ago.

That message has helped boost the magazine’s circulation to 100,000 and growing, still a tiny fraction of America’s 17 million diabetics, who account for 6.2 percent of the total population.

Diabetes is the fifth leading cause of death in the United States, putting people at risk for other dangerous conditions such as heart disease, blindness, kidney failure, amputation of extremities and other chronic conditions, according to the American Diabetes Association.

Each day, approximately 2,200 Americans are diagnosed with the disease.

The diabetes epidemic costs the nation $132 billion a year, according to the ADA, and most of the new cases of type 2 diabetes are directly linked to the surge in American obesity.

“People go into fear when they’re diagnosed,” said co-founder and publisher Nadia Al-Samarrie, who is as committed as King to helping diabetics stay on top of the escalating array of medications and technologies. “They’re in a pivotal time when you need the educator who says, ‘You can have a healthy, normal life.'”

Readers across the nation praise the magazine’s lineup of articles on interpersonal issues – such as when to tell a date about your diabetes – as well as consumer-oriented stories on new drugs and devices, such as blood sugar testing meters.

“I’ve been reading it for years and I like it because it’s pretty straight-forward, it’s not paternalistic, they don’t talk down to you, they just tell you the truth,” said 53-year-old diabetic Carol Whitton of Coral Springs, Fla. “I think it is a million times better than the publication from the American Diabetes Association – The Diabetes Forecast, which seems to be talking down to you.”

Diabetes Forecast, sent to all 407,488 members of the American Diabetes Association, is one of the magazine’s two competitors. The other is Diabetes Self-Management, a bi-monthly magazine with a circulation of 460,000.

San Anselmo dentist Dan Freeman, who is president of the Marin Families of Children of Diabetes and has a 14-year-old daughter with the disease, thinks Diabetes Interview offers a special perspective.

“I like it because it’s the only diabetes magazine that I read that’s really directed to the people that have it, but it has enough technological information that it’s really a good source of learning,” he said.

“Diabetes can be very isolating because it’s not a disease that anybody sees or really knows about, even though these kids have to deal with that every day and every time they eat and they can feel, ‘Why do I have to have diabetes?’ The magazine is another tool to help kids and their parents feel connected to a community.”

Lifescan, a division of Johnson & Johnson that produces blood glucose monitoring systems, is one of the magazine’s biggest advertisers.

“I think Diabetes Interview is a great magazine because it is very consumer-friendly for people with diabetes,” said Lifescan communications manager Jeff Christiansen. “It’s easy on the eyes, it has very good information, a useful round-up of what’s going on in a readable way.”

Of Diabetes Interview’s 100,000 subscribers in 30 countries, 25,000 are doctors, nurses and health educators who receive the magazine for free if they teach people with diabetes.

Other readers learn about the magazine through the sampling program where anyone can request a free issue by calling an 800 number.

The remaining subscribers are patients.

“I just find new ideas on care, on products available,” said Charles Iott, a Deerfield, Mich., resident who has had type 1 diabetes for 36 years. “I read about three publications a month; two of them I look at, but Diabetes Interview I read pretty much cover to cover.”

Until insulin was discovered in 1926, most diabetics died of the disease, according to King, who in 1998 took advice columnist Ann Landers to task for suggesting that diabetics who inject themselves with insulin at the dinner table are exhibiting “gross insensitivity and very poor manners.”

“Hiding the facts of our health care suggests that we are doing something shameful,” he wrote Ann Landers, who thanked him personally and published his and other outraged letters in a subsequent column.

King and Al-Samarrie met in college, when both waited tables at the Fourth Street Bar and Grill in Berkeley, where they worked their way through the University of California. Both went to work at corporate jobs, she as a stockbroker, he as an insurance company actuary.

But both dropped out of corporate America. Scott hosted a radio interview and call-in show on San Francisco 1450 AM radio called Diabetes on the Dial in 1989. Al-Samarrie started another business, Sugar Happy Diabetic Supplies, which quickly took off.

King’s radio interviews with national diabetes experts were so popular that listeners wanted transcripts of the interviews, so they launched their magazine together to publish them.

Along the way, the couple married, had two children, now 9 and 10, and moved their home from San Francisco to Woodacre and the magazine to Fairfax. Although they’re divorced, they live in homes minutes apart.

“We grew up together,” Al-Samarrie said. “We’ve owned three businesses together and we’re still best friends. ”

Wooing advertisers is Al-Samarrie’s job, and she appears to do it well. Big pharmaceutical companies such as Wyeth, Merck and Johnson & Johnson run full-page color ads, as do smaller companies such as Fifty50 Foods, a New Jersey company that makes a line of low sugar food products.

Although the magazine depends on corporate advertisers, Al-Samarrie and King are not afraid to publish stories that challenge big business.

The October cover story was titled, “Would You Cure a Profitable Disease? Will an industry that is responsible to shareholders fund research that could put itself out of business?” The story suggests that major drug manufacturers and biotech companies have no incentive to find a cure for the disease that helps them rake in profits.

“I’ve been hearing the cure is five years away since I was diagnosed 29 years ago,” King said. “Many of us with diabetes are suspicious.”

Meanwhile, Diabetes Interview will continue to press for a cure while keeping its readers current on treatment technologies.

Asked what three things they’d most like diabetics to know, the couple replied quickly: Every diabetic should have a blood glucose self-testing meter; they should continue to educate themselves about new products and be proactive about their disease; and they need a support system and community of other diabetics with whom they can share feelings and information. 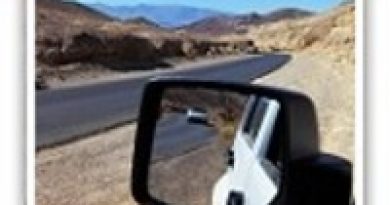 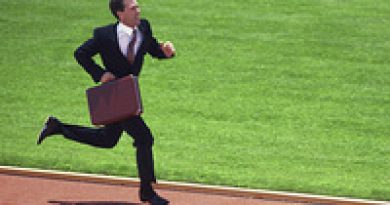 Incorporating Exercise Into a Busy Life