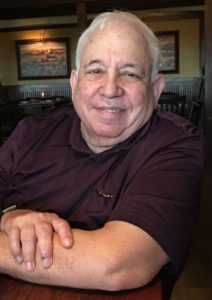 Chuck Keyserling hates to hear people call type 2 diabetes a progressive disease. At 75, with no complications 22 years after diagnosis, he thinks he’s living proof that diabetes is nothing to fear.

In fact, the Rockville, Md., man is convinced that in his case, “diabetes has been a sentence to good health.”

Because he’s learned to make exercise and sensible eating part of his routine, he believes he’s actually better off with diabetes than he would be without it.

That doesn’t mean there haven’t been challenges along the way. Early on, Keyserling had trouble exercising enough to lower his insulin resistance. The drugs his doctor prescribed didn’t help.

It wasn’t until his doctor prescribed the insulin resistance-lowering drug Avandia that Keyserling  was able to exercise enough to keep his diabetes under control. Though the drug has proved controversial over the past decade, with lawsuits alleging manufacturer GlaxoSmithKline hid studies showing increased risk of stroke and heart attack, Keyserling maintains that critics distorted the data.

He firmly believes he might not be alive today if not for Avandia, an opinion he shared while testifying at three FDA hearings. Keyserling, who lives near Washington D.C., notes that he wasn’t recruited to testify. He asked to participate, because he didn’t want the drug he’s used successfully for 18 years taken off the market.

“I think I was the only person there who didn’t have ‘Dr.’ in front of my name,” says the retired electrical engineer, who testified as a longtime patient.

“You’ve got to be a little careful with it,” he says, noting that it’s important to avoid any dramatic increases in exercise because as insulin resistance improves, blood flow increases. If much plaque has built up in the arteries and blood flow increases too quickly, he says, there is a “very small risk” (he puts it at .1 percent) that a piece of plaque could break off.

“It’s as good a gamble as you will ever get in medicine, I think,” he says, noting that his insulin resistance, as measured on the NMR LipoProfile Test, consistently falls well within the “normal” range.

“Insulin resistance blocks glucose entry into cells, and like a car with a clogged gas line, cells without enough glucose don’t function well,” he explains. “Exercise is the central (way) of improving blood flow and preventing diabetes complications.”

Regardless of what type of diet they use, “virtually everyone who’s gone 20 years without complications does some form of exercise,” he says.

Keyserling gets daily aerobic exercise riding a recumbent bike in front of the TV and tracking steps on his FitBit. To build muscle mass, which helps burn glucose while also improving insulin resistance, he lifts weights once or twice a week.

As for diet, he simply tries to eat sensibly: less sugar and salt, more fruits and vegetables.

But he doesn’t obsess about his diet. He doesn’t count carbs or calories, though he watches the scale to avoid a gain. On a special occasion, such as his recent birthday, he’ll have a small piece of cake without feeling guilty.

“I just eat within reason,” he says. “To me that’s sustainable.” 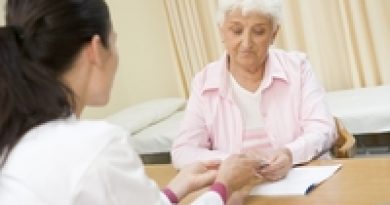 Diagnosed After Sixty: Medication Not Required