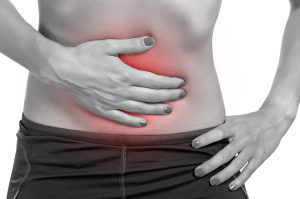 Figuring out what’s going on when you have stomach discomfort or digestive issues can be difficult for anyone, but this is especially true for people with diabetes. Diabetes can affect every system in your body, including the gastrointestinal (GI) tract.
This shouldn’t be surprising when you consider that moving food from the mouth to the stomach and then through nearly 30 feet of plumbing in the intestines is a complex maneuver involving countless nerves that control the speed and efficiency of all the built-in switches and trap doors along the way. Much as malfunctioning nerves can cause foot problems in peripheral neuropathy, diabetes can disrupt the nerves governing the digestive process. Recognizing the problem and seeking treatment as soon as possible can make a difference in controlling symptoms and helping to prevent long-term damage.
Here are some problems in both the upper and lower portions of the GI tract to watch out for:
Gastro-esophageal reflux disease (GERD): Chronic heartburn that isn’t easily explained by late night spicy foods may mean that something else is going on. GERD is a condition in which stomach acids regularly overflow into the esophagus, irritating the lining of the tube that links your mouth to your stomach. Over time, this condition can lead to more serious problems such as asthma, dysphagia (difficulty swallowing), scar-tissue buildup that can cause narrowing of the  esophagus and even esophageal cancer. In milder cases, antacids such as Tums or Rolaids may do the trick. Histamine-blocking anti-reflux drugs such as Pepcid or Zantac can also help. Proton-pump inhibitors such as Prilosec and Prevacid, which  are designed to reduce the production and pumping of stomach acid, may also provide relief. In advanced cases, surgery may be needed.
Enteropathy: Bouts of constipation alternating with diarrhea are the most common symptoms of enteropathy, which is more likely to affect people with poorly controlled diabetes who have peripheral neuropathy as well as autonomic neuropathy (damage to the nerves that control everyday bodily functions). In some cases, acute hyperglycemia can affect anal sphincter function, potentially increasing the risk of fecal incontinence, especially at night. An ultrasound or endoscopic examination is often used to rule out other causes such as pancreatic insufficiency, bile salt malabsorption or an intolerance to metformin. Treatment is usually geared toward symptom relief, especially if dehydration is a factor. Long term, the best treatment is aiming for better glycemic control through a combination of drugs and lifestyle modifications.
Diabetic gastroparesis: If you’ve been experiencing nausea, vomiting, bloating, upper abdominal pain and frequently feel full much sooner than usual, you may have gastroparesis, a condition in which there is a delay in how long it takes food to move out of the stomach and into your digestive tract.  Gastroparesis affects people with type 1 diabetes more than type 2, but it’s pretty rare in both cases, affecting about 5 percent of the former and 1 percent of the latter. In both cases, it’s not typically something you get unless you’ve had diabetes for 10 years or more.  If you suspect this is your problem, ask your doctor to perform a test called gastric emptying scintigraphy. Treatment includes dietary modifications such as eating smaller but more frequent meals and staying away from fatty or high-fiber foods. Medications may be used to stimulate the stomach muscles, though side effects can be a problem. Drugs such as Benadryl and Zofran may help with nausea and vomiting. In extreme cases, a feeding tube may be surgically implanted.
Esophageal dysmotility disorders: This is a broad category of problems involving swallowing, regurgitating food and spasms in the upper GI tract. Some studies suggest that up to 63 percent of people with diabetes struggle with some form of this problem, which can affect both type 1 and type 2 diabetes. However, it is most common among those who have had diabetes for several years and has been linked to retinopathy. Anti-reflux drugs and muscle relaxants such as nitrates and calcium channel blockers are often used to treat the problem, but in more advanced cases surgery may be required.
Glycogenic hepatopathy: This is a condition that can occur in people with type 1 diabetes who have a long-term history of poor blood sugar control. A buildup of glycogen in the liver causes elevated enzyme levels, which can reflect an enlargement of the liver due to infection or tumors. Symptoms can range from vomiting, abdominal pain, jaundice, fatigue and muscle aches to no symptoms at all. It is typically managed by prompt insulin treatment.

Nonalcoholic fatty liver disease (NAFLD): This condition has been linked to obesity and a sedentary lifestyle. According to one study, up to 69 percent of people with type 2 diabetes have NAFLD.  You may not notice any symptoms, and early cases may be benign. But over time, fatty liver disease can progress to a more serious condition that may cause inflammation, cellular degeneration, cirrhosis and even a form of liver cancer. A liver biopsy offers the most definitive diagnosis, but cost and risk factors inherent in the procedure must be weighed against the possible benefit. Chances are, if you are obese, sedentary and have diabetes, you have fat in your liver. What can you do about it? The same thing that your doctor advises for managing your diabetes in general: Improve your diet and get more exercise. Despite what you might think, low blood sugar is more important in controlling a fatty liver than a low-fat diet. Antioxidants such as selenium and Vitamin E may also be helpful. 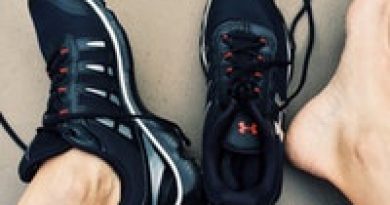 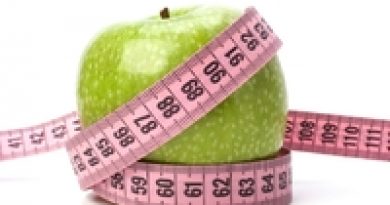 Weight Loss Can Reduce The Risk Of Kidney Disease