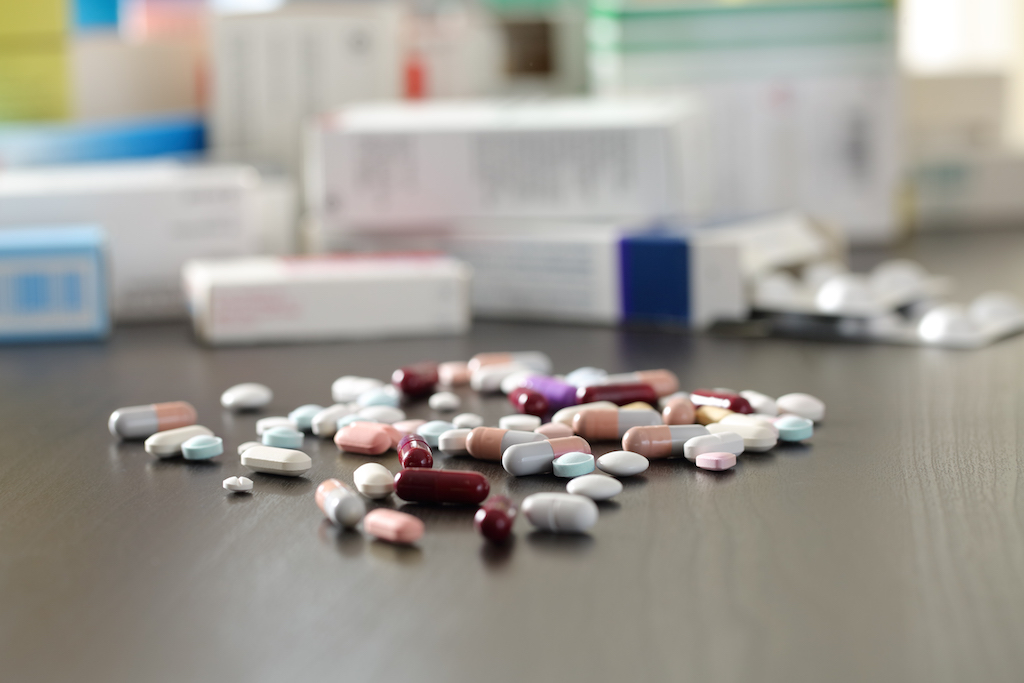 Rick Bower keeps the prescription drugs he’s given up on in a shoebox beside his bed. The last time he looked, it contained 37 bottles.

His current lineup of pills he takes daily helps control his type 2 diabetes and other health problems. Such as insomnia is kept in a separate container. When he loses faith in a drug, either because it doesn’t seem to be helping or causes unwelcome side effects, then that bottle goes in his discard box. Pills targeting problems that appear to have gone away, at least for the time being, such as the Verapamil he used to take for high blood pressure go in the same box.

Every so often, he purges expired medications, which he takes to a drug disposal drop-off site near his home. But he doesn’t throw his old medication away because occasionally he will have a flare-up of some condition he thinks he has medicine for, and he will search the box for something that might help. The trouble is unless he has written on the bottle what the drug is for, such as one marked “chest pain” in black marker, then he may not find what he’s looking for. Bower knows his doctors would disapprove of his methods. “But by the time you get up to 15 to 20 pills a day, you forget what some of them are for,” he says.

In the morning he scrambles to get to work as he prioritizes his medications. The ones he relies on most. Pills farther down the list eventually wind up in the shoebox.

The 67-year-old Markle, Ind., man is hardly the only one who doesn’t stick with the medications his physicians prescribe.

According to data in a New York Times** article from 2017, approximately 125,000 people with chronic health conditions die each year in the US as a result of not taking their prescribed medications. The estimated cost to the nation’s healthcare system is $300 billion.

That doesn’t even count those patients who never bother to pick up their prescriptions in the first place. A figure that some studies cite at up to 30 percent, depending on the medications involved.

So why don’t people take their medications as prescribed? A lot of the things that get in their way “are completely understandable,” says Dr. Bill Polonsky, a clinical psychologist and certified diabetes educator who founded the Behavioral Diabetes Institute in San Diego. A drug regimen can be an inconvenient addition to a busy schedule filled with other priorities that might seem more pressing, especially in light of the disease’s long-term nature. Because there is no immediate, tangible benefit to taking the drug, it may be hard to balance the importance of doing so against any perceived skepticism or fears they may have.

Are there any effective ways for diabetes patients who take a lot of pills to stick to a daily schedule while keeping track of all the drugs they’re ingesting?

The American Medical Association’s “8 Reasons Why Patients Don’t Take Their Medications”* lists “too many medications” as one source of the problem. The AMA’s advice: Doctors should be aware that when patients have several medications that call for frequent doses spread out during the day, their chances of becoming non-adherent increase. What can help is for physicians to adjust schedules so that pills are all taken at one time daily. Or, looking into the possibility of using combination products, pill A and pill B can be combined into one pill, pill C.

Another tactic is switching to long-acting drugs that eliminate the need to take certain medicines every day.

The AMA profile on non-adherence includes other factors, ranging from fear and cost to mistrust, worry, and depression.

Another factor is that can lead to non-adherence is a lack of understanding of why a particular drug is necessary. The AMA says, “Non-adherence can also happen when a patient does not understand the need for the medicine, the nature of side effects, or the time it takes to see results. This is especially true for patients with chronic illness—taking a medication every day to reduce the risk of something bad happening can be confusing.”

That description readily applies to people with diabetes, particularly type 2.

The internet offers some simple ways to remember when to take pills. Among them:

· Set up an electronic reminder on your smartphone or PC to take pills at a specific time. These days it’s tough to ignore a buzzing smartphone or a pop-up message on a desktop.

· Keep your pills visible, always in the same place in the bathroom or kitchen, or a special nook in the home office or front room. Otherwise, there’s the risk of creating an “out of sight, out of mind” state of affairs.

· And, of course, using a Sunday through Saturday pillbox that keeps all your daily pills in one secure place. They are very inexpensive and easy to find at a grocery store or pharmacy. Occasionally retailers will offer free pillboxes to entice you to buy a particular drug or service.

· Recruit help: Ask a good friend, or spouse, or roommate—somebody you trust and who knows you well, to remind you (as many times as it takes) to open your pillbox and swallow what’s inside.)

** The Cost of Not Taking Your Medicine

AskNadia: Convicted of a DUI Because of My DKA