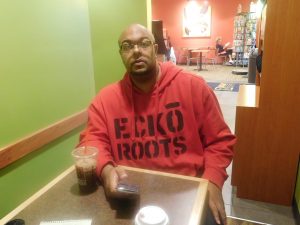 When Quinton Horton was diagnosed with type 2 diabetes in April 2016, his doctor told him that his A1C of 14.1 was the second highest she’d ever seen.
She put him on insulin right away. But she also told him not to give up, that it was possible he could reverse his diabetes with diet and exercise.
“That rang in my ears for days,” the 34-year-old said.
With three kids and a fourth on the way, Horton knew his situation was dire. He had two grandparents with diabetes, one on his mom’s side and one on his dad’s. He’d been pushing 400 pounds. He was already experiencing numbness on the tops of his thighs and shooting pain in his feet.
But he also had an untapped resource: A younger sister who’d managed to lose more than 200 pounds a few years earlier. Though Brittany Horton never developed diabetes herself, she was the first person he called when he left the doctor’s office.
“As broken and depressed as I was, I knew she’d have the right words,” he said.
Brittany Horton, a respiratory therapist in Nashville, Tenn., put together a diet plan for her brother, who works for a financial services company in Fort Wayne, Ind. With her encouragement, he gave up soda and sugar and started walking during his breaks at work.
“Those first few weeks were the hardest thing I ever went through,” he says now, noting that he gave up both caffeine and sugar when he switched from soda to water.
But he was also seeing rapid results from the exercise and a low-carb diet that was heavy on broccoli and turkey-based meat products.
“The weight was just falling off,” he says. “It felt like my body was just releasing everything that wasn’t supposed to be there.”
Before, he’d come home from work and collapse on the couch until bedtime, asking his kids to fetch him whatever he needed so he didn’t have to get up. Now he was increasingly willing and able to get down on the floor and play with his kids.
By November, just seven months after his diagnosis, Horton had dropped 85 pounds and brought his A1C down to 5.8. His doctor took him off insulin. He felt like a new man.
“November was a big month for me,” he says. As he’d put on weight, he’d given up performing with a local hip hop band, afraid he might pass out on stage from overexertion. That Thanksgiving, feeling more confident, he agreed to a reunion show.
“My band told me it was the best I’d ever sounded,” he says now. “I felt like I was in my early 20s again.”
Horton knows he can’t go back to the way he used to eat. He will always need to keep an eye on his blood sugar, just in case.
“It’s something I’ll have to watch for the rest of my life,” he acknowledges.
But he’s grateful that the numbness in his legs and pain in his feet have subsided. The heartburn that used to require a pack of Tums a day disappeared after he gave up soda.
Though he continues to count carbs and calories in hopes of losing more weight from his 6-foot, 3-inch frame, Horton does allow himself an occasional treat.

“If you screw up, you just get right back at it,” he says. “That’s something I learned from my sister. I can’t emphasize that enough.”

In the Diabetes Trenches: Diabetes Dad: What We “Need” 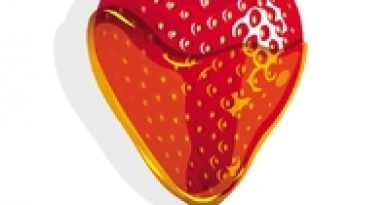