The historic dusk-to-dawn flight will take place sometime between June 25 and July 3, 2012, depending on weather conditions. The flight begins in Daytona Beach, Fla., and ends in San Diego, Calif., 13 to 15 hours later. This flight will be particularly demanding due to the duration and challenge of maintaining the two-aircraft formation.

DFF USA aims to show that modern technology for diabetes management, including Continuous Glucose Monitoring (CGM), combined with a strict management regimen can enable people with insulin-dependent diabetes to effectively handle their condition while performing even the most challenging tasks – such as flying cross-country while setting world records.

“Dexcom is so proud to sponsor these three amazing pilots,” said Terry Gregg, Dexcom’s chief executive officer. “We know life is what happens between finger sticks. These pilots are certainly living life to its fullest and showing the world that diabetes shouldn’t limit a person’s dreams and ambitions.”

Supporters can track the flight’s real-time progress at dffusa.com, watching the pilots pass over cities specifically selected for spelling-out “DIABETES.” These include:

About the DFF USA Pilots
London-based pilot Douglas Cairns was a British Royal Air Force jet pilot at the age of 25 when he was diagnosed with type 1 diabetes, and consequently lost his flying career. In 2000, he regained the freedom to fly in the United States as a licensed private pilot, then went on to complete “Diabetes World Flight” in 2003, the first round-the-world flight by a pilot with type 1 diabetes. Cairns is a co-founder of Pilots With Diabetes and is an Investment Specialist with Threadneedle Investment Management.

Maryland-based Jason Harmon made his first solo flight in 1988 at the age of 16, and earned his private pilot’s license the following year. While in college, he was diagnosed with type 1 diabetes, ending his pursuit of a flying career and his ability to fly privately. In 2007, he became one of the first insulin-dependent pilots to get his wings back. Harmon is the U.S. contact for Pilots With Diabetes. He’s also founder and Chief Technology Officer of Get Real Consulting where he designs information systems to better manage diabetes.

Boulder, Colo.-based Butch Weaver is an accomplished pilot who flies not only airplanes, but helicopters, gliders, floatplanes, and hot air balloons. In the early 1980s, before the availability of portable blood glucose monitoring devices, Weaver bicycled across the United States. Weaver is a former Qualcomm technology executive and is the inventor of numerous crucial technologies that enable modern mobile communications and holds more than 50 U.S. patents

About DexCom, Inc.
DexCom, Inc., headquartered in San Diego, California, is developing and marketing continuous glucose monitoring systems for use by patients at home and in healthcare facilities. The Dexcom Seven CGM is the only sensor FDA-approved for up to seven days of wear. www.dexcom.com 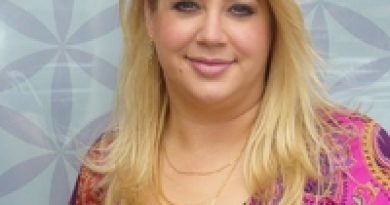 We Still Have Hope