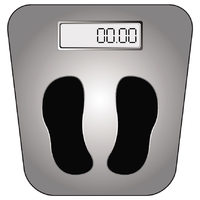 According to a Scottish study recently published in Bioessays, the confusing signals created by modern technology’s ability to turn night into day may be contributing to the global epidemic of obesity.

Dr. Cathy Wyse, of the chronobiology research group at the University of Aberdeen, reports that the body’s normal circadian (daily) rhythms, attuned to the rising and setting of the sun and darkness at night, can become skewed when artificial light creates opportunities for irregular work, meal, and sleep patterns. This effect, which she calls “circadian desynchrony,” results from a mismatch between the artificial environment and the natural environment within which the human body evolved. As the body’s clock becomes confused, metabolic problems can ensue, including obesity.

“Electric light has allowed humans to override an ancient synchronization between the rhythm of the human clock and the environment, and over the last century, daily rhythms in meal, sleep, and working times have gradually disappeared from our lives,” says Wyse. “The human clock struggles to remain tuned to our highly irregular lifestyles, and I believe that this causes metabolic and other health problems and makes us more likely to become obese.
Studies in microbes, plants, and animals have shown that synchronization of the internal clock with environmental rhythms is important for health and survival, and it is highly likely that this is true in humans as well.

Wyse theorizes that because humans evolved in equatorial regions, where daytime and nighttime are uniform in length, their body clocks adapted to a rhythm based on those predictable phenomena. Although humans eventually migrated to distant regions that had distinct seasons and variable hours of daylight and dark, the process was slow enough to allow their body clocks to adjust.

But modern lighting technology instantly does away with any time for adjustment, creating an environment that confuses our body clocks and leads to circadian desynchrony. This condition, says Wyse, disrupts the brain’s metabolic functions and increases the likelihood of developing obesity and diabetes.

Wyse says the 24-hour day is a fact of 21st-century life. The best that people can do to counter body clock disruption is to eat at regularly scheduled times, exercise, get sunlight, and sleep at night in a dark place. In any case, she says, circadian desynchrony should be factored in among the other contributors, such as diet and exercise, to the rise of obesity and diabetes.