For a person with diabetes who is beginning insulin therapy, the range of products can be overwhelming.  The options are often limited by the patient’s healthcare plan, however, and the initial selection of a product is frequently influenced by the healthcare provider.  With diabetes education tailored to the individual patient, the delivery of insulin through a particular device is achieved by teaching proper injection technique and selecting an appropriate needle.

Because people using insulin to manage their diabetes prefer a painless, easy-to-use, and affordable device, manufacturers have worked to improve the injection experience.  Over the past 25 years, needle size has evolved from a 16-mm (length), 27-gauge (thickness) needle in 1985, to a 4-mm, 32-gauge needle in 2010.  A shorter, thinner needle reduces pain and anxiety during insulin injection.  But does this type of needle work as well as a bigger needle, especially in people with more body fat?

One concern when using a thin, short needle is whether or not the tip of the needle actually gets through the skin to deliver the full dose of insulin into the fat layer.  For a long time, skin thickness has been a factor in product selection.  The tendency has been to choose a larger needle for larger patients, using the skin-pinch method of injection to prevent intramuscular administration and subsequent pain and variable glycemic control.

Recently, a study was conducted using ultrasound to measure the skin thickness at four injection sites in 338 patients with diabetes.  Patients ranged in age from 18 to 85 years, and their BMIs ranged from 19.4 to 64.5 kg/m2. Investigators found minimal variation in skin thickness according to age, gender, race, and body mass.  Most patients had a skin thickness of less than 2.8 mm, with the thinnest skin at the thigh region and the thickest on the buttock area.  The findings of this study help clarify the minimum needle length needed to fully penetrate the skin layer.

The next question is whether the shortest needles (four to five mm long) work as well as the longer needles (eight to 12.7 mm long).  Another recent study compared short needles with longer needles to see if the insulin delivered actually produced similar blood-glucose lowering results. It also investigated whether leakage of insulin occurred using different injection techniques.

The results showed that the short (four- to five-mm) needles gave the best outcome when injected straight into the skin at 90 degrees, without a pinch.  People reported less pain compared to longer needles, and they liked the flexibility of using just one hand to perform the injection.  When using a needle longer than six mm, it is still recommended to pinch the skin to minimize the risk of intramuscular administration.  It is also still necessary to hold the needle in the skin and count from five to 10 seconds.  Some patients may need to count past ten when higher doses (more than 30 units) are given, in order to prevent leakage.

Ultimately, the choice of a product is in the hands of people managing their diabetes.  But there is some assurance that regardless of body mass, anyone can choose a less painful method of injecting insulin, getting the full dose by using a single-handed, no-pinch technique. 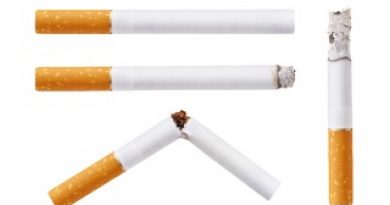 Metformin May Increase Cancer Risk In Smokers By Brenda Neugent