Dawn phenomenon is the situation where the liver removes insulin from the blood in the morning hours, which causes morning blood sugars to go up, even if breakfast is skipped.

Non-diabetics make insulin in little squirts about a minute apart. They make it whenever they need it and they make less of it if their blood sugar drops. What would happen if the insulin that they’d been making remains in the bloodstream when they don’t need it? Their blood sugars would drop eventually to zero, and they’d be dead. Humanity would no longer exist. Humanity is still here so something else is happening.

The liver clears insulin out of the bloodstream very rapidly. In fact, thanks to the liver, the half-life of insulin in the bloodstream is only about 6 minutes. The dawn phenomenon happens during the first few hours when you get up in the morning. It starts at about nine hours after you go to bed. The liver is working extra hard at clearing away insulin. This doesn’t make any difference to non-diabetics. They’re capable of tripling their insulin production, whereas a diabetic doesn’t have this capacity and he’s likely to experience an elevated blood sugar shortly after rising in the morning.

On top of that, if he exercises during those first three hours when the dawn phenomenon is acting, his blood sugar might go up instead of down when he exercises. For this reason, we give diabetics half as much carbohydrate at breakfast as at other meals. That’s number one, so they won’t have to take excessive amounts of insulin. 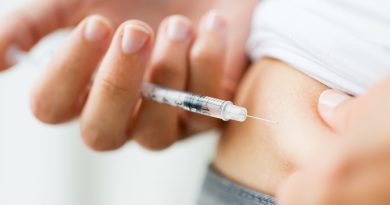