Pharmacists in California will soon be able to prescribe birth control. That’s under a new state law that grants expanded authority to pharmacists. While some doctors’ groups are skeptical, lawmakers say pharmacists can fill a need for primary care providers, especially in rural areas. Reporter April Dembosky of KQED in San Francisco filed this story on the new law which will start going into effect as soon as the fall. This is an edited transcript of the radio story that aired on NPR’s All Things Considered on June 16, 2015.

APRIL DEMBOSKY: Think of how often you stop by your local drugstore. You run in and grab some BAND-AIDs, maybe get a flu shot on your way to work. Soon, it will be that easy for women in California to get birth control.

Lisa Kroon is a professor at UC San Francisco’s School of Pharmacy and oversees students who work at this Walgreens store on campus. It will be one of the first to take advantage of a new law in California allowing pharmacists to prescribe hormonal contraception, including the pill, the ring and the patch.

LISA KROON: For a woman who might need a refill, can’t get in to see their doctor, the pharmacist will be able to furnish that for them now.

DEMBOSKY: The law goes way beyond birth control pills. It also authorizes pharmacists to provide medications for smoking cessation and travel abroad. They can even order lab tests and adjust drug regimens for patients with diabetes or hypertension. Kroon says the idea is to make it easier on patients.

KROON: Maybe a working parent can now come after work because the pharmacy is open later.

DEMBOSKY: The law was passed amidst growing concern about lack of access to primary care providers. That’s with baby boomers hitting 65 and getting Medicare. At the same time, millions of people are also now getting health coverage under the Affordable Care Act. Kroon says California is one of the first states to recognize that pharmacists can help address the need.

KROON: The pharmacist is really an untapped resource. We are graduating students that are ready for this, but the laws just haven’t kept up with what the pharmacist training already is.

DEMBOSKY: But pharmacists’ growing power makes some doctors uncomfortable. The California Medical Association originally opposed the bill, citing patient safety concerns. It withdrew its opposition after lawmakers added a special licensing procedure and continuing education requirement for pharmacists. Still, some doctors are concerned that if women don’t come to the clinic for their birth control, they won’t get screened for cervical cancer or tested for sexually transmitted diseases. Amy Moy is with the California Family Health Council.

AMY MOY: Family planning for women is often an access point to assessing other health issues.

DEMBOSKY: Her group helped support the law with caveats.

MOY: Women accessing birth control through the pharmacist would be faster — and more convenient in some cases, but they will also not have the more comprehensive care available in another health care setting.

DEMBOSKY: Still, she says the benefits of reducing unplanned pregnancies outweigh the potential downfalls. And pharmacy professor Lisa Kroon says the plan is for pharmacists to communicate regularly with patients’ doctors.

KROON: We are not a lone ranger out there doing something.

DEMBOSKY: Other states are watching California to see how the law is implemented. Oregon is considering a similar measure. For NPR News, I’m April Dembosky in San Francisco.

This story is part of a reporting partnership that includes NPR, KQED and Kaiser Health News-http://khn.org/news/california-law-will-allow-pharmacists-to-prescribe-birth-control/ 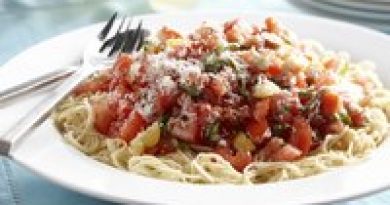