I would like to know, if I normally use Levemir pen insulin, and I run out before my health insurance kicks in, can I use Lantus insulin until I can get coverage for my Levemir ?

Levemir and Lantus are similar insulins.  Our advisory board member Jane Jeffrie Seley, DNP MSN MPH RN GNP BC-ADM CDE CDTC suggests that even though the insulins are similar, you might need a dose adjustment.

Call your healthcare professional who prescribed Levemir and ask them about temporally switching insulin until you get new health  insurance coverage.

Below is a great article written a Diabetes Health Staff member about Lantus and Levemir. It continues to be a popular online article.

Lantus and Levemir: What’s the Difference

Lantus and Levemir have a lot in common. Both are basal insulin formulas, which means that they last for a long time in the body and act as background insulin, with a slow feed that mimics the constant low output of insulin produced by a healthy pancreas.

Both are insulin analogues, which means that their insulin molecules are analogous to human insulin, but engineered, or recombined, with slight differences that slow their absorption.

Human insulin is made of two amino acid chains, called A and B, that have two disulfide bonds between them. In glargine, one amino acid has been switched out, and two extra amino acids have been added to one end of the B chain. The modifications make glargine soluble at an acidic pH, but much less soluble at the neutral pH that’s found in the body.

To make Lantus, first the glargine is produced by a vat of E. coli bacteria. Then it’s purified and added to a watery solution containing a little zinc and some glycerol; a dash of hydrochloric acid is also added to make it acidic, bringing its pH down to about 4. At that degree of acidity, glargine completely dissolves into the watery solution, which is why the vial is clear.

After you inject it into your subcutaneous tissue, the acidic solution is neutralized by your body to a neutral pH. Because glargine is not soluble at a neutral pH, it precipitates out into a form that’s not soluble in subcutaneous fat, and there forms a relatively insoluble depot. From that pool, or depot, of precipitated glargine in the tissues, small amounts slowly move back into solution over time and then to the bloodstream.

Levemir is made with insulin detemir. Insulin determir is created by recombinant DNA technology just like glargine, but is produced by baker’s yeast instead of E.coli. It’s a clear solution that contains, in addition to the insulin detemir, some zinc, mannitol, other chemicals, and a bit of hydrochloric acid or sodium hydroxide to adjust its pH to neutral. Insulin detemir differs from human insulin in that one amino acid has been omitted from the end of the B chain, and a fatty acid has been attached to the spot instead.

Unlike glargine, detemir does not form a precipitate upon injection. Instead, detemir’s action is extended because its altered form makes it stick to itself in the subcutaneous depot (the injection site), so it’s slowly absorbed. Once the detemir molecules dissociate from each other, they readily enter the blood circulation, but there the added fatty acid binds to albumin.

More than 98 percent of detemir in the bloodstream is bound to albumin. With the albumin stuck to it, the insulin cannot function. Because it slowly dissociates from the albumin, it is available to the body over an extended period.

Whether Lantus is better than Levemir, or vice versa, is debatable. Levemir is generally supposed to be injected twice daily (although it’s approved by the FDA for once or twice daily) and Lantus once. According to Dr. Richard Bernstein, however, Lantus also usually works better if injected twice a day. The acidic nature of Lantus can sometimes cause stinging at the injection site, and both formulas cause allergic reactions in rare cases.

Most trials of the effectiveness of Lantus and Levemir have compared the two insulins to NPH insulin. NPH is a suspension of crystals in a solution, so it needs to be thoroughly shaken before use to distribute the crystals evenly. Some studies have failed to demonstrate any difference between in Lantus and NPH with regard to evenness of absorption.

Other studies have shown that compared to Lantus and Levemir, NPH has a variable absorption rate and a more pronounced peak. At night especially, hypoglycemia can occur if low glucose from exercise or alcohol consumption coincides with the NPH peak.

In some studies, Levemir has demonstrated less variable, steadier blood glucose-lowering effects compared to both NPH insulin and Lantus. Comparing Levemir with Lantus when used with a fast-acting insulin in patients with type 1 diabetes, Levemir had a lower risk of major hypoglycemia and nocturnal hypoglycemia, but the risk of hypoglycemia overall was comparable. The blood sugar control provided by the two insulins was similar as well.

AskNadia (ranked #1 by Google), named “Best Diabetes Blog for 2019 by Healthline and with 25 nominations, Nadia Al-Samarrie’s efforts have made her stand out as a pioneer and leading patient advocate in the diabetes community.

Under her reign- Diabetes Health magazine was named one of the top 10 magazines to follow in the world for 2018 by Feedspot Blog Reader. 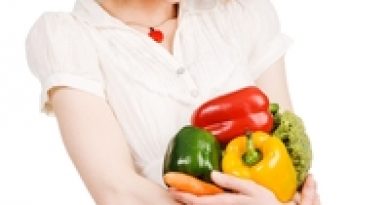