I have had diabetes for 28 years and wore two different insulin pumps for a total of 8 years. I quit the insulin pump because of scarring issues that lead to insulin effectiveness issues. Now after many years, I am starting to suffer from the long-term effects of diabetes. The implantable insulin pump could make a difference in my life.

This new technology would help me a lot. The FDA should speed up the approval process, and pump manufacturers should put more resources into delivering this technology. For 28 years I have heard the cure is just around the corner. Maximizing profit directs products offered to the market.

Most people that choose insulin pump therapy will say it makes a big difference in their diabetes self-management. The basal, background insulin determined by your healthcare professional combined with insulin blousing during mealtime, plays a significant role in minimizing hypoglycemia episodes. Pumping for eight years tells me that you benefited from being on the insulin pump until you started experiencing scarring issues.

The scarring you mention I am assuming is lipoatrophy;  a loss of fat mass which impairs the insulin absorption. Healthcare professionals recommend rotating injection sites and the NIH reports the newer fast-acting insulins reduce the adverse effects of lipoatrophy.

The History of the Implantable Insulin Pump

Clinical research for the implantable insulin pump started in 1980.

Dr. Christopher Saudek from John Hopkin’s Diabetes Center implanted the first MiniMed implantable insulin pump in 1986. In 1995, the European FDA equivalent known as the CE approved the implantable insulin pump in Europe. By 2000 MiniMed received anther CE approval for their next generation Model 2007-A. In 2007 Medtronic purchased MiniMed and unfortunately stopped the research trials in the United States.

It would appear from a business perspective that, Medtronic decided to focus on the MiniMed domestic and international commercial success of the external insulin pump to recoup their investment, rather than investing more resources in research and development.

How Does it Work?

The implantable insulin pump does not function as the external insulin pump. It is small round disk with a catheter that is surgically implanted so that the insulin is directed to the liver. The pump must be implanted four times a year.

If you would like to learn more about a small group of implantable insulin pump advocates, be more active and part of the driving force to further the implantable pump research, reach out to The Implantable Insulin Pump Foundation.

A Miracle Technology for Type 1’s

AskNadia and receive her unique perspective on your question. Or share your story with us.

Nadia has received 19 nominations for her work as a diabetes advocate.  She has been featured on ABC, NBC, CBS, and other major cable networks. Her publications, medical supply business, and website have been cited, recognized and published in the San Francisco Chronicle, The Wall Street Journal, Ann Lander’s advice column, former Chrysler chairman Lee Iacocca, Entrepreneur magazine, Houston News, Phili.com, Brand Week, Drug Topics, and many other media outlets.

AskNadia: Is Bad Breath and Dry Mouth from My Diabetes 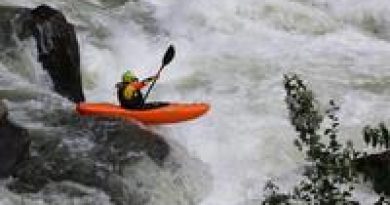 Living With Type 1 Diabetes: Young Kayaker Has Eye On The Olympics