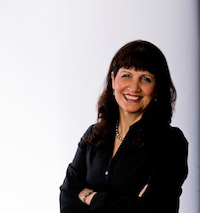 Dear Nadia,
I’ve heard that coconut oil is good for maintaining blood sugar. Is this true, or did I misunderstand?

In the past, the benefits of coconut oil were considered controversial because some felt there was not enough evidence-based research to support the benefits of using it as an alternative in cooking. The concern was that the demand for the oil is falsely generated, making it another fad with higher risks associated with cardiovascular disease.

Today, many studies have shown it to be a healthy addition to the diet. Coconut oil has shown to have anti-viral properties, improves insulin absorption and helps regulate blood sugars by raising the metabolic rate. Some research suggests it boosts energy and endurance.

The fat in coconut oil breaks down quickly in our bodies without needing to be stored. The medium chain fatty acids do not impact your metabolism as it uses the oils as energy without affecting your metabolism.

By no means is this meant as an endorsement of coconut oil as a magic “cure” or treatment for diabetes, but it does seem to be a good choice for cooking and preparing food, due to the beneficial qualities attributed to this often-forgotten oil.

Coconut oil is one of the most “stable” oils you can buy, so it does not turn rancid easily. It is also considered by some to be a “low fat” because it is broken down rapidly and used for quick energy like a carbohydrate, not stored like other fats.

Type 3 diabetes sometimes referred to as Alzheimer is a condition when the brain is glucose intolerant. Coconut oil is an alternative to glucose, where the brain uses the medium fatty chain acids from the fat for energy instead of glucose.

Ayurveda medicine is one of the oldest therapies in India, dating back 5000 years with science-based research supporting better health outcomes in skin, hair, oral health and heart health. Coconut oil is prescribed as a natural alternative treatment in preventing diabetes complications.

You might also be interested in reading this article on how Coconut Oil Can Reduce The Symptoms of Type 2 Diabetes .

The Role of Dietary Coconut

If you would like to pre-order my new book “Sugar Happy- Your Diabetes Health Guide in Achieving Your Best Blood Sugars and Letting Go of Your Diabetes Complication Fears” launched on April 6th and pre-orders ranked #7 on the Kindle top 100 new releases.

This book is for  people living with Type 1 Type 2 diabetes, family members that want to learn more about diabetes and people that have pre-diabetes to better understand how they will need to manage a diabetes diagnosis. It is meant to be used as a guide, allowing you to look up topics of interest.

For a limited time before the June 3rd release, I am offering the Kindle version for 99 cents.

AskNadia (ranked #1 by Google), named “Best Diabetes Blog for 2017 by Healthline and one of the top 50 diabetes influencer’s blog that is a must follow, and with 23 nominations, Nadia Al-Samarrie’s efforts have made her stand out as a pioneer and leading patient advocate in the diabetes community. 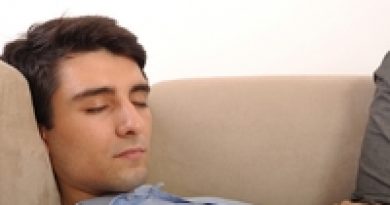