Award winning S. Epatha Merkerson, Television, film and stage actress, brings a new order to her diabetes management: Get to Your Goals Program, which encourages people with type 2 diabetes to know their A1C, set a goal and take action.

11 years ago Merkerson was at celebrity health event where good nutrition and exercise was demonstrated.  A medical team was also present.  They took her blood for a general health test. After the event ended, the medical team went up to her and said, “ Your blood sugar is very high.  You should probably make an appointment to see your doctor.” When asked about her emotional reaction to her high-blood sugars at the celebrity event, “I trusted it” she said.  “I have seen it gone on unchecked. It was a big wake up call for me.”

Merkerson was diagnosed with type 2 diabetes at the age of 50.  Forty pounds heavier after quitting smoking and not exercising, she was not surprised of her diagnosis. “I lost my father and grandmother to complications of type 2 diabetes,” says Merkerson, “So I learned firsthand how important it is to know your A1C and make a commitment to getting to your goal. That’s why I’m excited to work with Merck on America’s Diabetes Challenge to help people learn about proper blood sugar management and inspire them to set and attain their own goals.”

Merkerson personal success in managing her diabetes comes with a support system. She has her dinning friends who only allow her to order certain meals from the menu. They also make sure she checks her blood sugars.  At home, her boyfriend helps by ensuring they eat healthy meals.

Her biggest challenge comes when traveling. In the past, she would skip meals and eat whatever was available.  Exercise was not on her list.  Now when she travels, she makes sure she has healthy foods to eat and goes to the gym at the hotel.  In New York, at home, she has traded the taxis and subway for her tennis shoes. She now walks as much as she can.

Traveling the country speaking to people first hand about diabetes is a role she takes seriously. It is grass root movement where people can come together and talk about their diabetes at public events.

If you would like to meet up with S. Epatha Merkerson and talk about your diabetes, You can see her at the cities listed below.

November – Philadelphia – S. Epatha will appear at an ADA Step Out Walk

For more information about America’s Diabetes Challenge, go to  www.AmericasDiabetesChallenge.com. 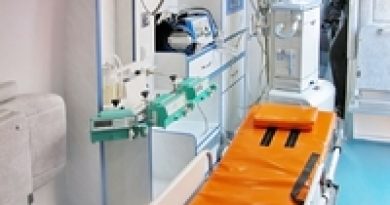