It’s time for the parent-teacher conferences at a school in an African American community.  For one child who has shown behavior problems and poor academic performance, the teacher and parents are discussing working together to improve the child’s performance.

In such situations, parents sometimes become very strict, attempting to control their child’s behavior and pushing him to improve their school performance. This psychological pressure often worsens the situation. Sometimes the child develops negative psychobehavioral (emotional, behavioral, and personality-related) characteristics.

How many of us think of the possibility that improving the metabolic health of our child might help him more in this situation than pressuring him?  Community-based interventions have shown positive effects in both health and academic performance by addressing the underlying issue of cardiometabolic health.

A recently completed community-based diabetes prevention program led by Prof. Fleming, “Taking Action Together” at the Atkins Center for Weight and Health, The University of California at Berkeley, aimed to promote the general health of overweight and obese African American children from disadvantaged neighborhoods in Oakland, California, by improving their nutrition, increasing their physical activity, and building their self-esteem.

Research has shown that higher insulin resistance (a marker of increased risk of diabetes) is associated with less favorable psychobehavioral scores in overweight and obese African American children. Insulin resistance was associated with less favorable  behavioral symptoms, including externalizing problems, bullying and negative emotionality, and inattention and hyperactivity.

There is also a negative association between insulin resistance and SPSC (Self-Perceived Scholastic Competence) scores in children. In one study, this association was significant in girls, and the significance of the relationship increased further after adjusting for body fatness. Body fatness alone was not significantly related to academic performance in girls. In boys, neither insulin resistance nor body fatness was related to academic performance. This study adds to the limited research about the health, behavior, and self-concept factors that influence academic performance in inner-city, overweight African American children.

It is possible that for children at high risk of poor academic outcomes and behavior problems, such as the population included in this study,better scholastic competence and positive behavior may be accomplished by addressing their physical health. “Thus, intervening in ways that reduce insulin resistance in children, including improvements in diet and promotion of physical activity, may increase their psychobehavioral and scholastic competence” suggests Dr. Sushma Sharma, Specialist at Atkins Center for Weight and Health, University of California at Berkeley. 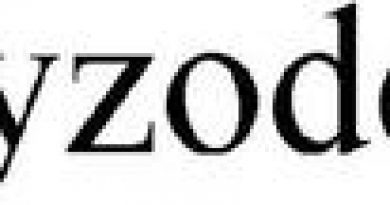