What color is sugar? For most people with diabetes, the colors pink, blue and yellow might come to mind. Many people often rely on the little colored packets of artificial sweeteners when managing their blood sugar or their weight. It might seem like the best alternative compared to the calories and blood sugar spikes that come with regular sugar, but now research suggests that artificial sweeteners, along with some regular sweeteners, aren’t as safe as we thought.

The Food and Drug Administration (FDA) has approved five artificial sweeteners: saccharin, acesulfame, aspartame, neotame, and sucralose. It also approved one low-calorie sweetener, stevia. Approval of these artificial sweeteners is still mixed, mostly because research studies have not gone on long enough to truly understand the nature of how they affect the body. In addition, there are often conflicts of interest in studies, with studies conducted by the food corporation itself or by a competitor. Other studies may have too few participants to meet scientific standards.

High sugar intake has come under fire for being the primary culprit behind obesity, type 2 diabetes and metabolic syndrome, which in turns increases the risk for heart disease and stroke. A study from Johns Hopkins School of Public Health reported earlier this year that overweight people who drank diet soda consumed 88 more calories per day, on average, compared to those who drank regular soda. Participants who were obese actually consumed an average of 194 extra calories per day.

How could something calorie-free lead to weight gain? “Although our sweet tooth may be satisfied with the taste of an artificially sweetened product, our bodies don’t feel complete satisfaction,” explains Amrie Weiss, RD. “This leads to additional cravings or desire for food. Artificially sweetened products don’t enable consumers to make healthier choices, just the same choices with fewer calories.”

Jill Weisenberger, MS, RDN, CDE and author of Diabetes Weight Loss – Week by Week, says that while she believes artificial, non-nutritive sweeteners are safe to eat, she encourages folks to look at their diet as a whole.

“If it’s a junky diet with non-nutritive sweeteners, it’s not much better than a junky diet with table sugar,” Weisenberger says. “The base of the diet should be unsweetened foods anyway: fruits, vegetables, whole grains, nuts, legumes, lean meats, fish, and low-fat dairy.”

“I think one reason why type 2 diabetes, obesity, heart disease and cancer are increasing so much is because we are consuming more sugar that wasn’t added to foods before,” says Cassie Bjork of DietitianCassie.com.

If traditional artificial sweeteners might be bad and high fructose corn syrup might be bad, is there anything left?

Some experts think plain table sugar may be the answer. Marion Nestle, an author and professor of nutrition at New York University, says her sweetener of choice is sugar. However, if using regular table sugar, keep the amount low, since most foods with high levels of sugar don’t have much nutritional value. If you need a little sweetness for your coffee, consider just using a couple teaspoons of sugar, says Bjork.

Although there is no official definition for a sweetener that is “natural,” there are some less processed sweeteners on the market, including honey, pure maple syrup, and fruit juice concentrate.

“There’s also sucanat which is whole unrefined cane sugar,” Newgent says. “It is made by crushing fresh cut sugar cane, extracting the juice, heating until a dark syrup forms and then drying it to form sugar crystals.”

Often these can be worked in as substitutes in recipes to avoid having to use large amounts of table sugar. They also all have calories and carbohydrates that need to be accounted for.

Newgent says she recommends any these, in very small amounts, instead of artificial sweeteners.

For some people, using an artificial sweetener is the only option. In that case, Bjork recommends using stevia, which comes from the stevia plant, as a good option but cautions on the brand of stevia used. The most well-known stevia brand is Truvia, but the manufacturer, Cargill, recently came under fire for marketing it as natural. While it is in part made from the stevia plant, Truvia also includes erythritol, which is a sugar alcohol and can lead to diarrhea, bloating and other gastrointestinal problems. Bjork recommends using pure stevia, such as SweetLeaf.

It can sometimes feel like living between a rock and a hard place when it comes to balancing blood sugar while also enjoy sweet treats and beverages. Although there’s no conclusive evidence that artificial sweeteners should be completely avoided, it is likely best to focus on whole, naturally-sweet foods and the Earth’s favorite beverage – water. 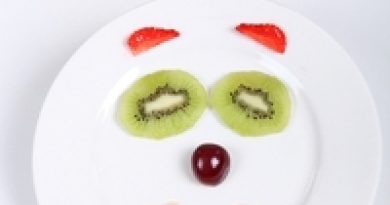 Diabetes Health in the News Podcast: Metformin Linked to Vitamin B12 Deficiencies and Neuropathy 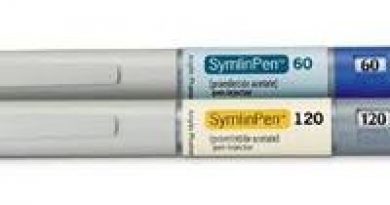