Just take a look around. It’s pretty clear that many of us are carrying more weight than we used to. Obesity has skyrocketed in recent years, and it’s not about to stop. Roughly one in three adults is obese today, and researchers now predict that 164 million adults will be obese by 2030. That’s half of all adults in the country.

Claire Wang of Columbia University worked on the mathematical modeling with colleagues. She said that the sweeping epidemic of obesity would add $66 billion to our nation’s health costs yearly by that 2030 date.

The $66 billion price tag comes from all the diseases and conditions associated with obesity — diabetes, heart disease, cancer, arthritis, and so on. “Our projections find that rising obesity is going to result in increases in many of these chronic diseases, which are disabling and expensive to treat,” Wang said. “We have to act fast.”

What would the precise toll be? Wang and her fellow researchers from Columbia and the University of Oxford in England broke down their projections. Some eight million more people would have diabetes. Heart disease and strokes would hit nearly seven million more than today. And an extra half-million people would have to grapple with cancer.

A complementary report from the Harvard School of Public Health adds that governments aren’t doing a great job of responding to the impending crisis. The trend has been clear for decades, but private companies haven’t responded, and elected officials have been hesitant to tackle the issue.

That’s a problem, said researcher Steven L. Gortmaker. “No single government has really taken the lead on this issue, and certainly in the United States an excise tax on sugar-sweetened beverages might not be particularly popular,” he said. “But it could have a big impact on obesity rates and on the overall health of the population.”

Wang’s and Gortmaker’s work appears in an obesity-focused issue of The Lancet, published on August 27, 2011. 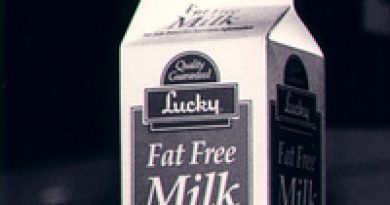 How to Help Overweight Kids