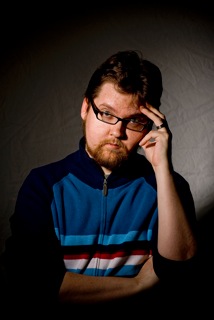 I’ve started running. To be specific, I’m using the Couch to 5K program, an iPhone app that leads you, or someone you love, through a series of intensifying workouts.

I’ve never been one for tough exercise. Even in grade school and middle school, I was far more content to walk or stroll, rather than really pushing myself. But as I’ve gotten a bit older, it’s clear that simply walking or strolling doesn’t cut it.

Don’t get me wrong, a mild aerobic workout is better than no exercise at all, but it’s not as good as a serious attempt to get in shape.

The program was precipitated by a slip-up. After exercising continuously through the winter, spring and early summer of 2014, I had stopped working out quite so frequently by the early fall. After a couple of months of minimal activity, I could tell that I was feeling worse. I was fatigued more regularly, and I noticed more aches and pains. As someone who is quite tall, I’m 6’1 and have never been a stranger to muscle cramps or sprains. It seems to go with the territory. But I didn’t want to feel like an old man while still in my 30s.

I don’t want to feel like an old man, period

The funny thing is, I had heard people talking about this exact same phenomenon years ago, but I simply dismissed it. In 2012, I returned to my alma mater, the University of Kansas, for a journalism program reunion. Several of my former classmates had mentioned feeling old and tired. While I was definitely tired, spending days and nights tending to my then 1 year old son, I didn’t quite understand where they were coming from.

But now, with a couple of years of experience and aging, I realize that they were right. What’s more, I realized that I didn’t want to feel that way.

I also became interested in the information that my body was providing every day. What was my blood pressure? What was my heart rate? What was my overall cardiovascular fitness like?

Most of the time, my numbers were fine. Not stunningly good, but nothing to be alarmed by about either. And my doctors like most, would be likely to prescribe medication if they were concerned. After all, it’s a simple matter to improve these numbers through a clutch of prescriptions.

I’ve become a bit more skeptical of medication as I’ve aged. Not because it doesn’t work, but because I want to know what’s going into my body and why. Just because a medicine can lower blood pressure doesn’t mean everyone needs it. And just because medicines can lower heart rate and cholesterol and other numbers, doesn’t mean that they’re preferred solutions. Individuals have power in this equation, too.

Ultimately, I found myself in an interesting position in the fall of 2014. At the same time I decided to start an intense workout program, I was also monitoring my own body’s signs closely.

The results were remarkable

Within a couple of weeks of beginning the Couch to 5K program, both my blood pressure and heart rate had dropped markedly. This was without medical assistance. This was the result of running and jogging for a half hour, three times a week. That was it.

I realize that I am fortunate in this. My overall health is such that I am able to respond to exercise in this way. Others, who may have more significant day-to-day challenges, may not see the same results, or as quickly.

I’ve also been lucky in that I’ve kept my diabetic control relatively stable through the last couple of decades. That has given me the freedom to experiment with exercise and medication in a way that again, others might not.

But the message is ultimately heartening for everyone. Basic fitness, pushing yourself outside of your comfort zone, can do so much more than you imagine.

That’s great news. And it’s especially great news for this New Year, full of new possibilities for all of us.

Do You Have a Diabetes Sick Day Plan?

Righteous About a Diabetes Diet