The best things in life are often right in front of our noses, but we tend to take them for granted. William Bell put it best in 1961 when he recorded the soul classic “You Don’t Miss Your Water (‘Til Your Well Runs Dry)” on Stax records. He realized just how true his words were in 1965, when Otis Redding re-recorded the song and had a much bigger hit with it. Even the Byrds had a semi-hit when they released the song in 1968 and again in 1990, as did Peter Tosh with his reggae version in 1972. Poor William Bell….his well never even filled up before it went dry. The concept is quite simple, really. All that goodness is surrounding each and every one of us, and we don’t have a clue until it’s gone.

I’m also very adventurous when it comes to food. I have tried things that most people have never heard of, and one or two things that most folks would never imagine putting anywhere near their mouth.

One experience that stands out took place in the Philippines back in the late sixties. I was at a party in Angeles City, a bar-laden little village just outside the front gate of the now defunct Clark Air Force Base. I remember someone coming in with a plate full of skewered meat, very similar in appearance and texture to the satay in a Thai restaurant. I took one from the plate and took a bite. It was delicious! After finishing that skewer, I grabbed another and scarfed it down. That was when I said, between bites, “This is some of the best beef I’ve ever had,” to which one of our Filipino hosts responded, “That’s not beef…that’s dog.” The concept made me sick, but the taste made me realize why dog is a staple in many places. I’ve eaten some weird stuff.

I love rice, the grain that, essentially, serves as the main course in many countries. I’m a huge fan of potatoes, and I don’t care how they are prepared: riced, diced, fried, or baked….mmm! If I could find a way to to get vitamins and protein from baked goods, I could probably exist on chocolate éclairs and cream puffs and wash it all down with chocolate egg creams and cream soda, with maybe a little birch beer on the side.

I love to eat. I’m also diabetic. There are no éclairs, no cream soda. There are no more potatoes. My diet is very strict now, and I can no longer be adventurous. I have become a boring eater out of necessity. I miss the amazing food experiences, but it gives me the opportunity to speak out and make a lot of noise about diabetes. If you don’t have it, please get checked. If you do, please take care of yourself. I have diabetes….but it will never have me. It has, however, made me realize just how much you don’t miss your egg cream ‘til your mug runs dry. 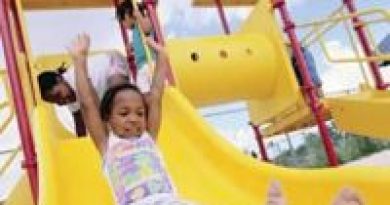 The War’ Against Type 2